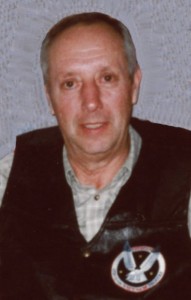 Richard proudly served his country in the U.S. Army from 1970 to 1972. He was a member of the Vietnam Vets of America Kettle Moraine Chapter 448 and the West Bend VFW Fred A. Schaefer Post #1393. Richard loved sports and enjoyed watching the Green Bay Packers and the Milwaukee Brewers.

In addition to his parents and his wife, Katherine, Richard was preceded in death by a sister-in-law, Carmella Muller.

A funeral service for Richard will be held at 1:00 p.m. on Friday, January 29, 2016, at the Myrhum-Patten Funeral Home, 1315 W. Washington Street, in West Bend. Pastor Bill Dushek will officiate and burial with military honor rites will follow in St. Mary’s Cemetery (New) on Forestview Road in the town of Barton.

Richard’s family will greet relatives and friends at the funeral home on Friday from 11:00 a.m. until the time of service.

The Myrhum Patten Miller and Kietzer Funeral Home has been entrusted with Richard’s arrangements. Additional information and guest book may be found at www.myrhum-patten.com.