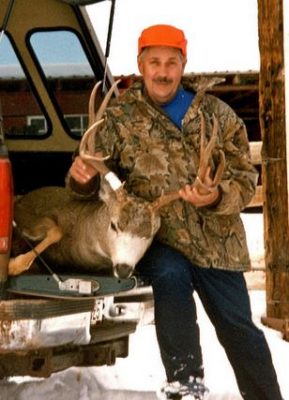 Roger was born on October 13, 1949, in West Bend, the son of the late Wilbur Brace and Henrietta Brace.  He graduated from West Bend High School in 1967.  On May 9, 1970, Roger was united in marriage to Patricia Breit at St. Mary’s Immaculate Conception in Barton.

Roger owned and operated Precision Saw Sharpening in Barton for several years.  He later worked in warehousing for over 30 years retiring at Ozburn-Hessey Logistics in Fond du Lac.  Roger enjoyed hunting and fishing across America and into Canada.  He also enjoyed playing many card games from Sheepshead to Gin Rummy to Cribbage.  Roger loved to maintain and grow his own garden which he used for canning and cooking at home.  His greatest joys came from spending time with his wife and many nieces and nephews.

In addition to his parents, Roger was preceded in death by a god child, William Brace; a brother, Ronald Brace; two brothers-in-law, Louis Kreis and Roger Bird, and his parents-in-law, Andrew Breit Sr. and Dorothy Breit.

A Mass of Christian Burial for Roger will be held at 6:00 p.m. on Friday, November 10, 2017, at Holy Trinity Catholic Church, 331 Main St., in Kewaskum. Rev. Edwin Kornath will be officiating and burial will follow on Saturday at 10:00 a.m. at St. Matthias Cemetery in New Fane.

The Brace family will greet relatives and friends at the church on Friday from 4:00 p.m. until the time of Mass.

The Brace family would like to extend their heartfelt appreciation to the Staff at St. Joseph’s Hospital in West Bend for all their caring and compassionate care especially Dr. Olafsson and Dr. Smale.