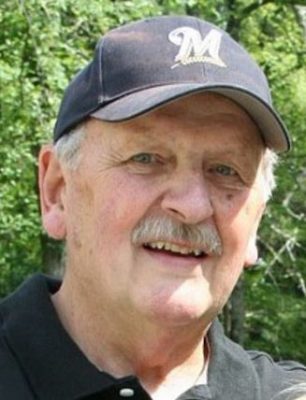 Wally was born on September 20, 1944, in Milwaukee, the son of the late Walter and Esther (nee Keller) Kieckbusch and on October 11, 1969, he was united in marriage to Elizabeth Gillich at St. Kilian Catholic Church in Hartford.

Wally was a sports enthusiast and excelled in bowling, including two “300” games.  He had a passion for a variety of music genres, especially classic country western.

Driving students for Bellin Transport wasn’t just a job, but an opportunity for Wally to make a positive impact on these students.

Highlights of his summer included road trips to North Carolina and time in Port Washington near the lake.

Annual Brewer tailgating parties were enthusiastically planned by him.  Most importantly, Wally enjoyed spending time with his family.  He loved seeing his grandchildren succeed and took great pride in whatever they were involved in.  Wally will be deeply missed and loved by all who knew him.

In addition to his parents, Wally was preceded in death by two brothers-in-law, John Pinzl and Gerald Muehleck and his parents-in-law.

A Memorial Mass for Wally will be held at Noon on Saturday, April 1, 2017, at St. Frances Cabrini Catholic Church, 1025 S. 7th Ave. in West Bend with Rev. Tom DeVries officiating.

The Kieckbusch family will greet relatives and friends at the church on Saturday from 10:30 a.m. until the time of Mass.

The Myrhum Patten Miller & Kietzer Funeral Homes have been entrusted with Wally’s arrangements.