July 22, 2019 – West Bend, WI – Joan M. Fink (nee Mehleis), 68, the daughter of Paul and Marjorie (Prinsen) Mehleis and loving wife of Robert D. Fink, has been enjoying her freedom in Heaven since Friday, July 19. Born in Ozaukee County on December 2, 1950, Joan spent the majority of her childhood in Cedarburg, Wisconsin. When in high school, she and her family moved to Fond du Lac, WI where she was involved in cheerleading, the French club, and the Girls Athletic Club since they didn’t have girl’s sports teams at the time. She graduated in 1969 and then attended the University of Wisconsin – Fond du Lac campus. 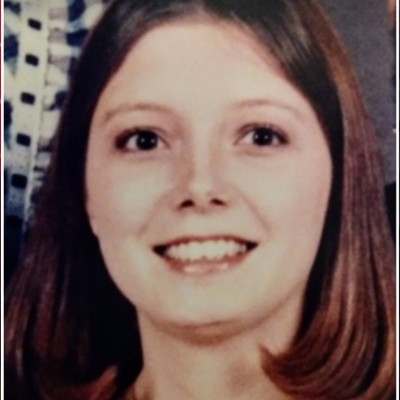 A chance meeting at one of Fond du Lac’s local dime stores became the moment that changed both her and Bob’s lives forever. They were married on May 28, 1971, and eventually made their home in West Bend, Wisconsin, where they raised their two daughters, Jennifer and Christy.

Not only was Joan an amazing wife and mother, she was an avid reader and a crossword extraordinaire. She could sew or cross stitch anything, play piano, and win pretty much every trivia game she played. She also enjoyed baking and cooking. She spent many years working at Jo-Ann Fabrics, and then at Tennies Ace Hardware. Over the years she grew to love canoeing and camping (except when it involved skunks and beetles). She also enjoyed attending musicals, traveling, and being right. She was kind, generous, and adored her grandchildren.

Those Joan leaves behind to cherish her memory include her husband of 48 years, Robert; two daughters: Jennifer (Dan) Savery of Rolfe, IA and Christy (Joel) Podraza of Hartford, WI; two grandchildren: Sawyer and Sydney Savery; two beloved cats: Phantom and Twitter; a brother, Daniel (Leanne) Mehleis of Lakeville, MN; and a sister, Lori (Suzanne) Mehleis of Atlanta, GA. She is also survived by her mother-in-law, Audrey (Winnie) Fink of Fond du Lac, WI, and numerous other in-laws, relatives, and friends. In addition to her parents, Paul and Marjorie Mehleis, Joan was preceded in death by her father-in-law, Winnie Fink.

The family would like to extend a special thank you to Erica Kohls for the tender and compassionate home health care she provided.

Those who would like to help celebrate her life are invited to attend a visitation at the Phillip Funeral Home Chapel,1420 W Paradise Dr., West Bend from 4-6 p.m. on Friday, July 26. A short memorial service will follow for close friends and family.