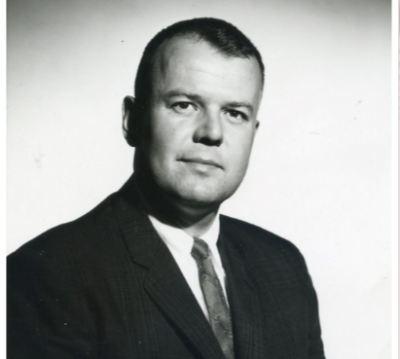 Leonard was born on April 15, 1925, in West Bend, the son of the late Leonard and Frieda (nee Zumach) Roecker. On August 19, 1950, he was united in marriage to Patricia Madden in Wauwatosa. Leonard was a graduate of U.W. Madison where he earned his business degree and worked for the West Bend Company for 36 years. Leonard and Pat lived in Canada for 7 years in Barrie, Ontario from 1961 – 1968 where he was the Sales Manager for West Bend Company of Canada. While he was there, he was the President of the Barrie, Ontario Country Club. Leonard was also a past president of the Kettle Moraine YMCA. Leonard was a member of St. James Episcopal Church in West Bend and also a member of St. Matthias Episcopal Church in Minocqua, where they spent their summers. Leonard proudly served his country overseas in the U.S. Air Force during WWII and attended the Stars and Stripes Honor Flight.

Leonard’s family will greet relatives and friends at the church on Sunday from 1:00 p.m. until the time of service.

Private family entombment with military honors will be held at Washington County Memorial Park on Monday.

The Myrhum ~ Patten Funeral Home has been entrusted with Leonard’s arrangements.