Since the school moved from Badger to its new building in 1971 the high school was divided into West Bend East and West Bend West.

Over the years the topic of merging the two high schools into one has resurfaced. It’s a hot-potato of a topic as tradition and school affiliation pull at people’s feelings.

Below are some of the responses in a six question district survey from 2014 regarding what people thought about the two high school system. 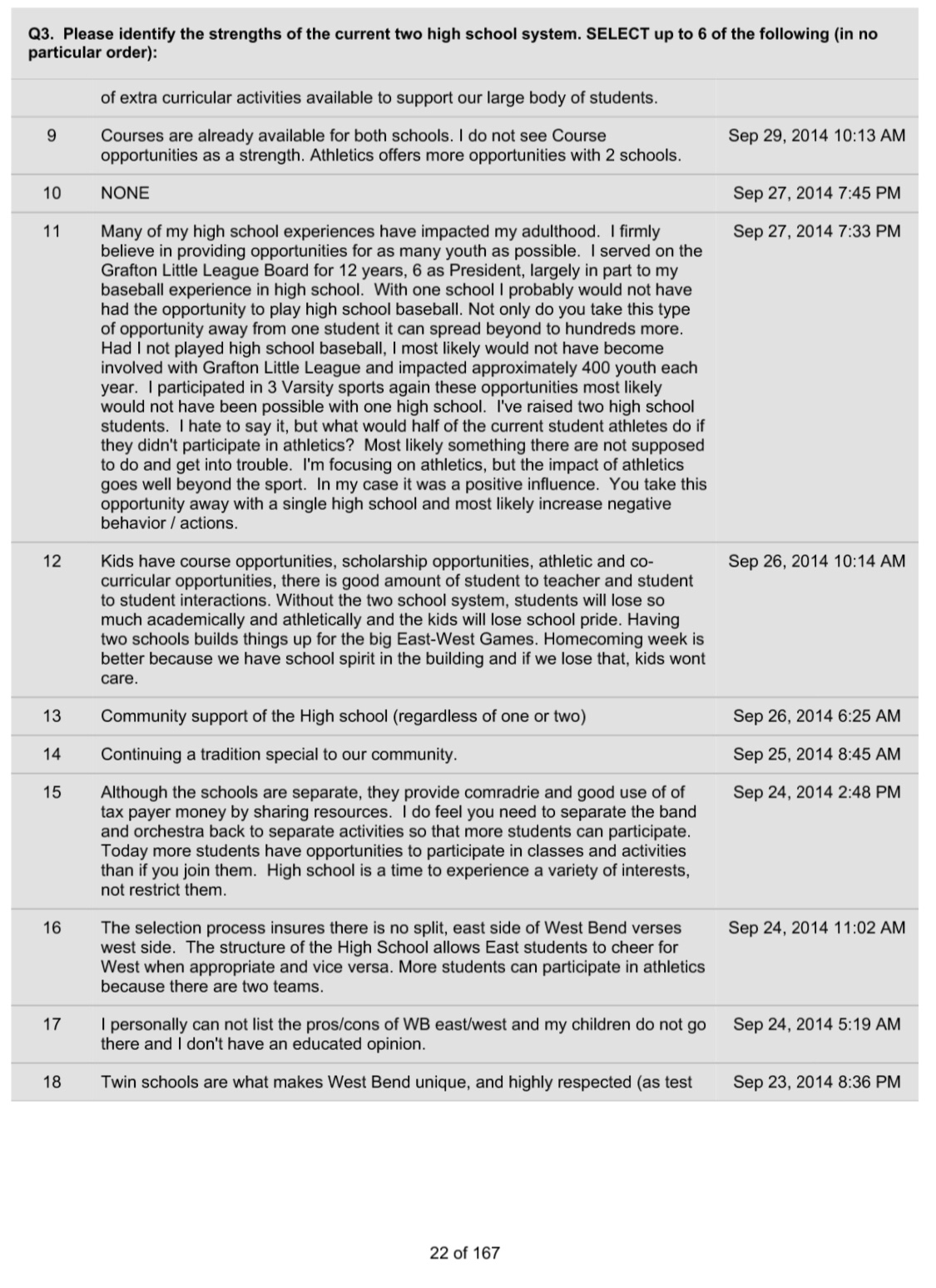 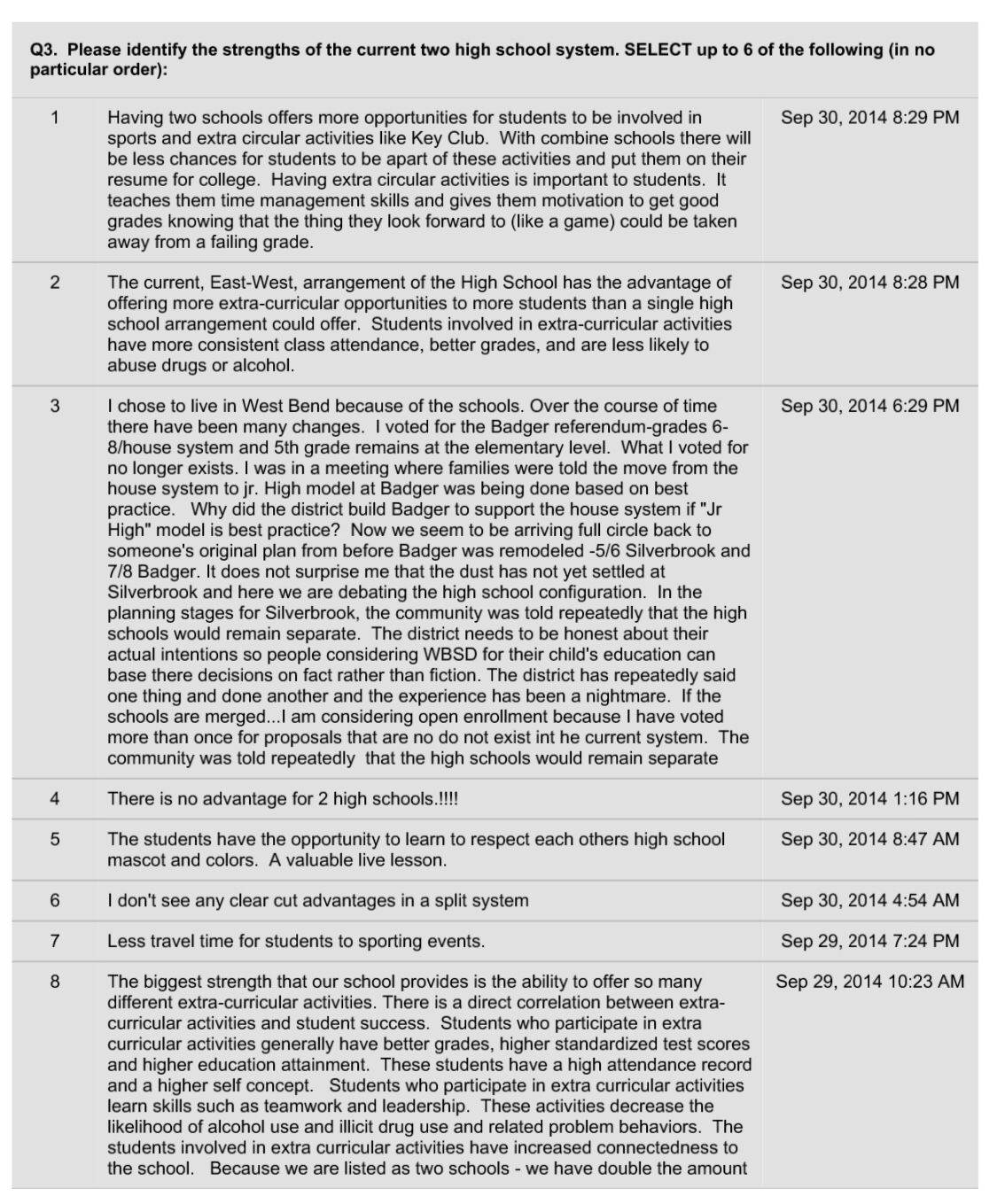 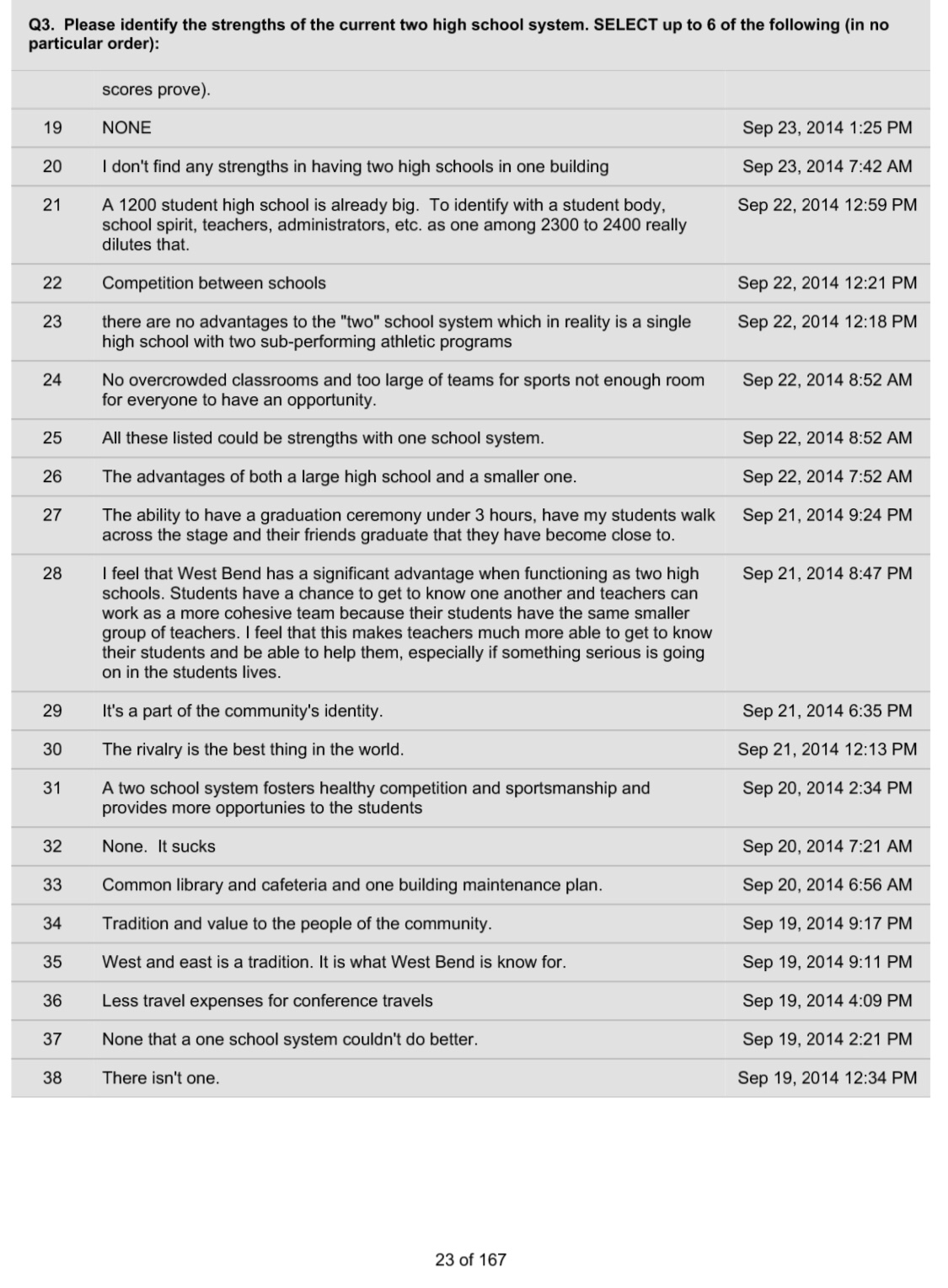 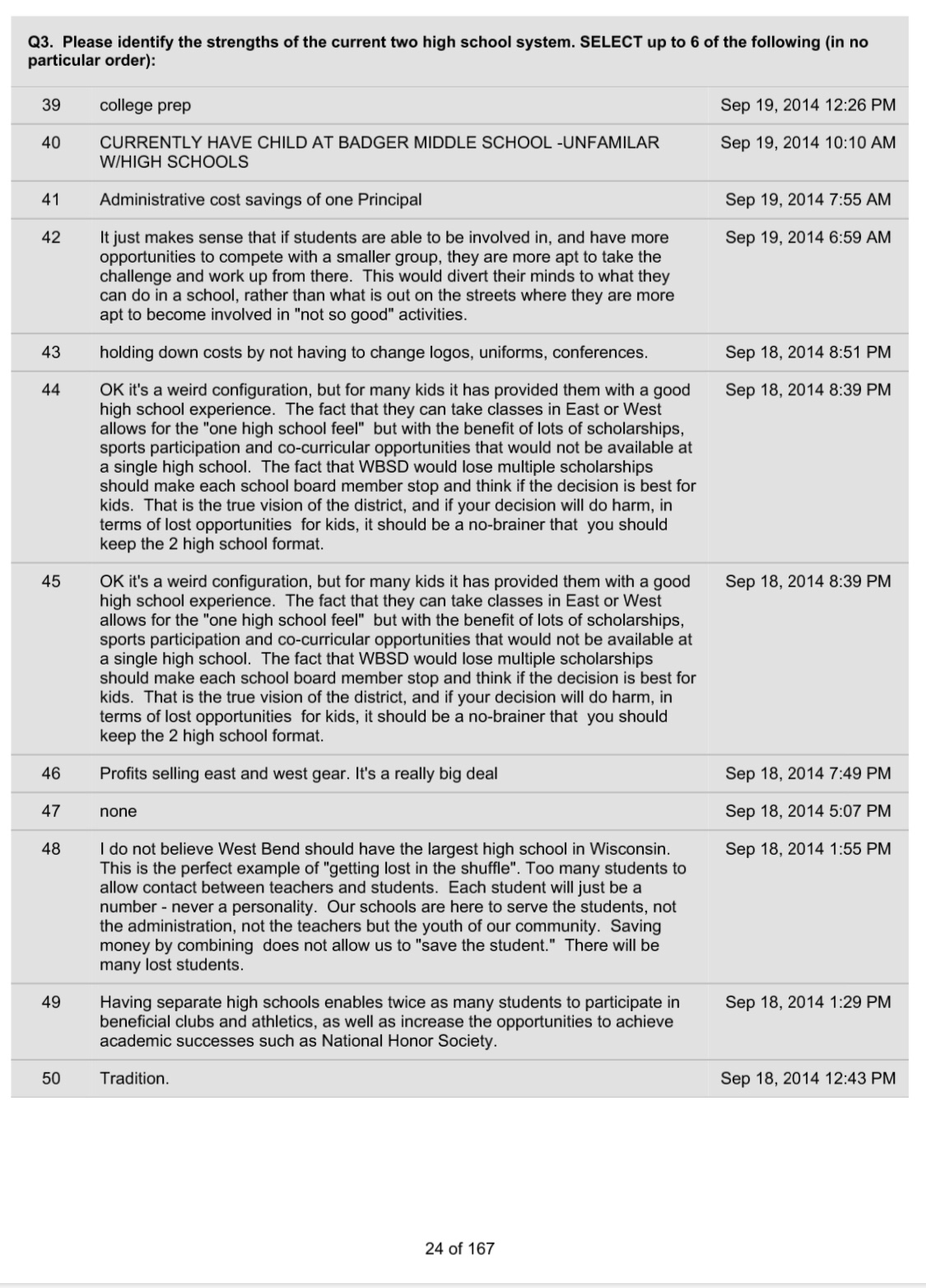 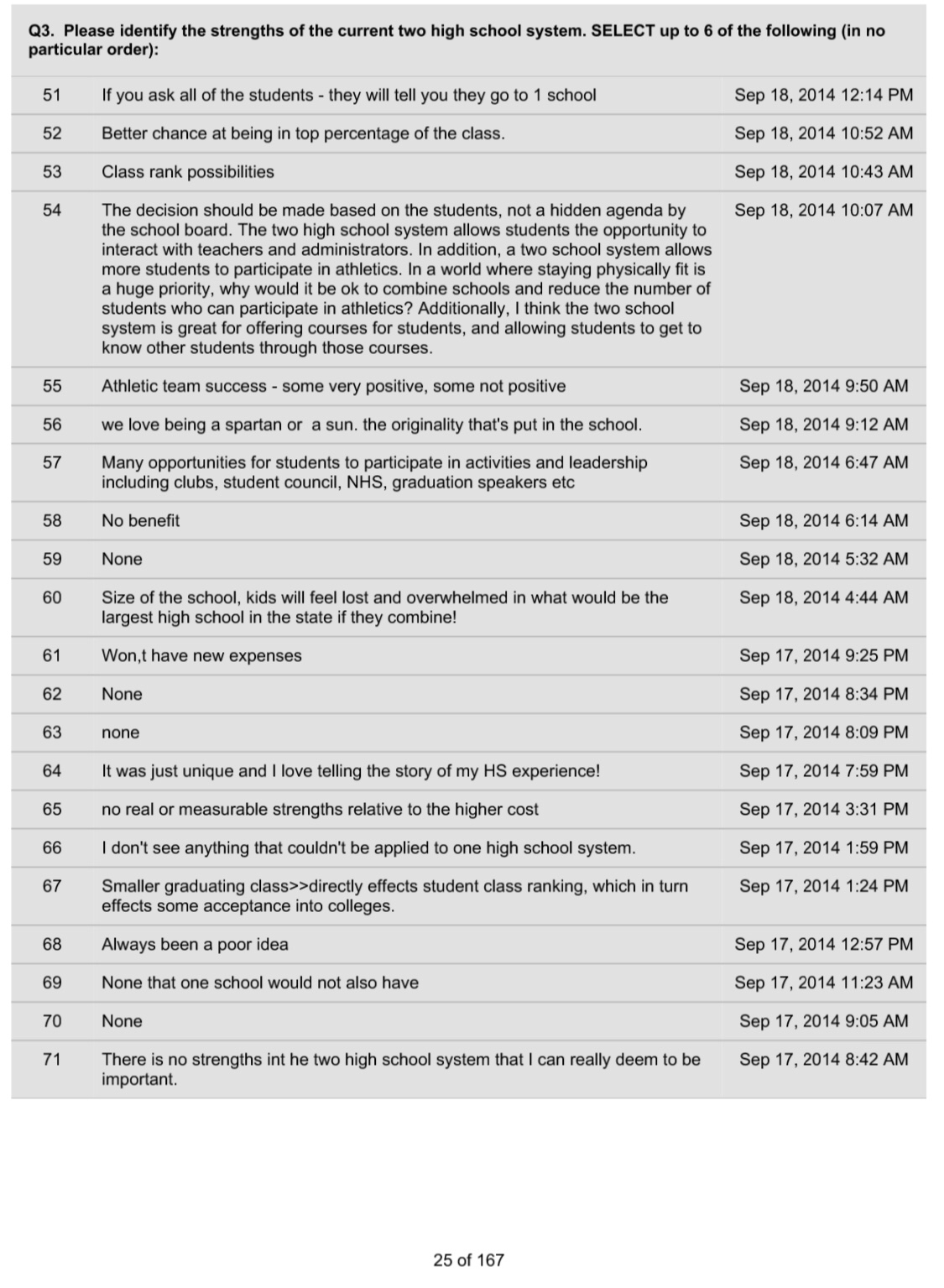 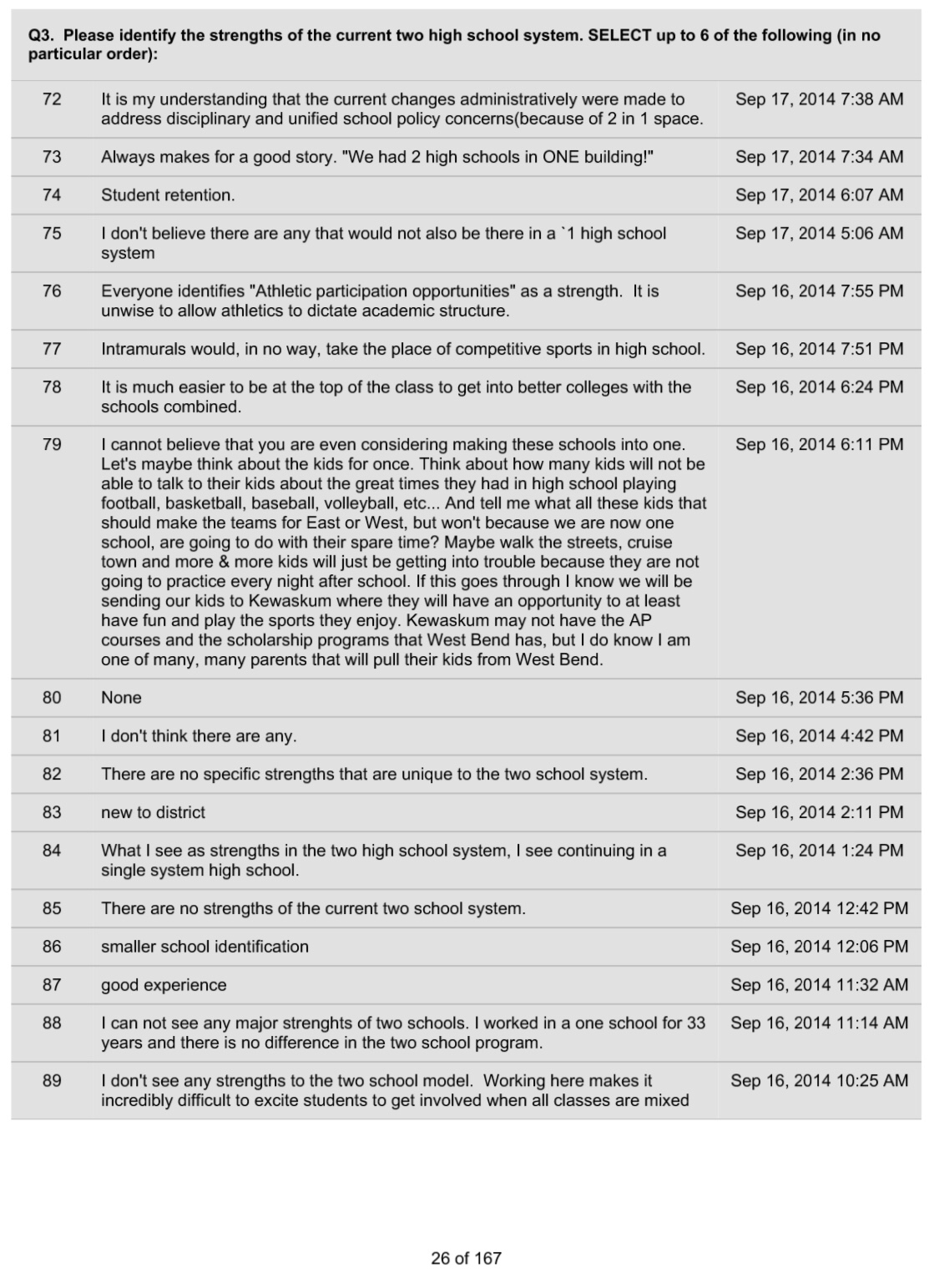 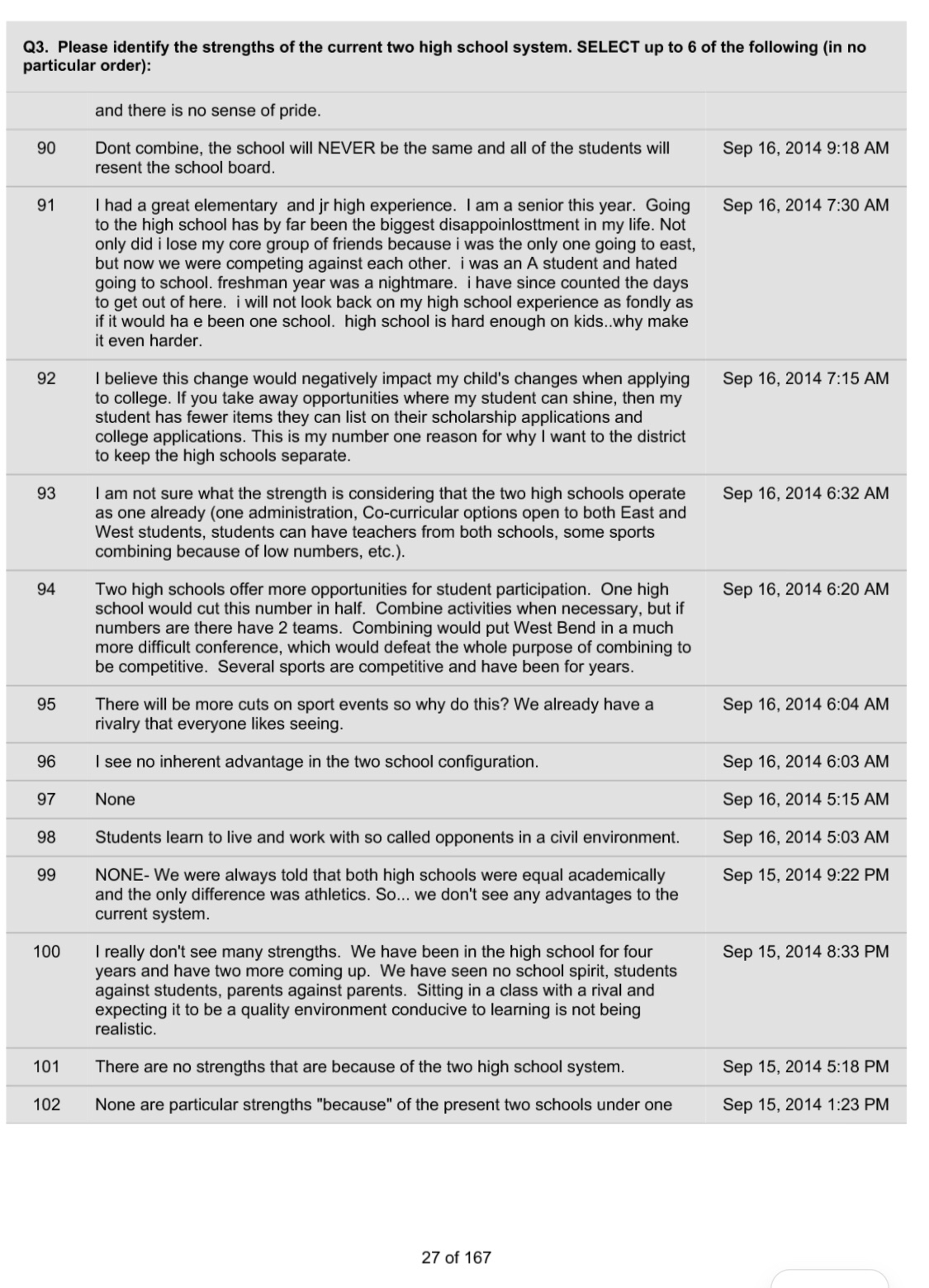