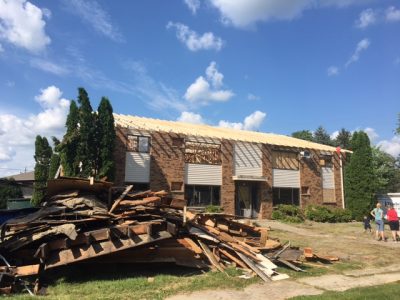 August 5, 2017 – Kewaskum, WI – Six months after a fire gutted an apartment on Braatz Drive in Kewaskum reconstruction is finally underway.

On February 10 at approximately 7:36 p.m., the Kewaskum Fire Department was dispatched to a fire located in the bedroom of 222 Braatz Drive apartment No. 7.

Kewaskum Police along with a member of the Kewaskum Fire Department arrived on scene and initially attempted to stop the spread of the fire by using fire extinguishers; however they were unsuccessful. All eight units in the building sustained substantial fire and water damage. All residents were safely evacuated. 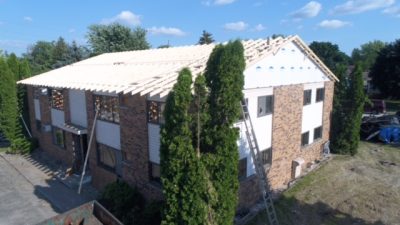 This week contractors from Timber Ridge Construction LLC began making repairs by putting on a roof and framing out rooms as the interior of the building was gutted to the studs. 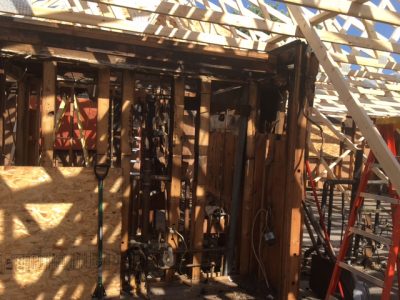 Construction is expected to be completed by October/November.

Building owners said delays in repairs were due to weather and permits. 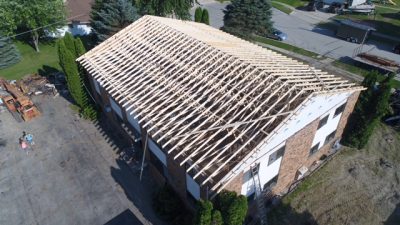 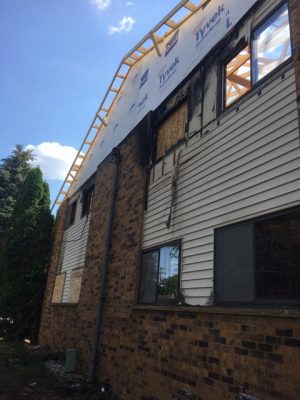 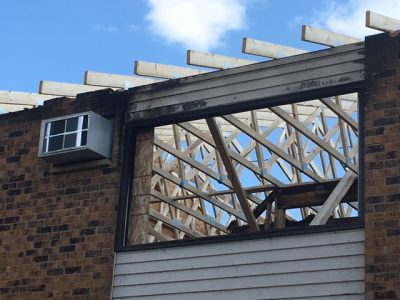