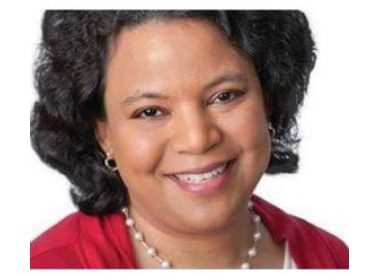 Nov. 6, 2017 – Washington Co., WI – The late Representative Bob Gannon was an exceptional representative for the people of Wisconsin’s 58th Assembly District. We met each other on the campaign trail in 2014 as political competitors for the open seat. I came in second in a three-way Republican primary. A year ago, Representative Gannon brought me onto his legislative team because of his respect for my skills, insight, judgment, and my ability to get things done. I am compelled to see the work we started through to completion, and I wish to ensure a smooth transition for the people of the 58th District. With a heavy heart, because of the circumstances surrounding this special election, I announce my candidacy to be your representative to the 58th Assembly District.

As a veteran, I swore to preserve, protect, and defend the Constitution of the United States. This oath was not taken lightly and it has guided me throughout my life. I will remain steadfast as your state representative to protect our nation’s guiding principles and to ensure our troops and their families are supported at all times.

I will continue to look for ways we can reduce government’s dependence on your hard-earned money.  Many of the state’s government programs are outdated and ineffective with disregard for best practices and, as a result, they hamper the efforts of individuals and families, and have an enormous impact on our taxes. Bottom line, I want people to direct their own lives, and not be directed by the government. I firmly believe that an economy is most robust when spending is driven by families and individuals, not by bureaucracies.

I will help businesses thrive and create jobs, not just survive, by promoting innovation through less governmental interference. I will fight to reduce your tax burden by authoring legislation that will lower your income taxes and remove hidden fees that contribute to you having less money in your pocket.

I believe our children’s education should be designed, implemented, measured, and improved at the local level. I support your right to decide where you send your child to school.

We all agree everyone should have access to affordable healthcare, including those with pre-existing conditions. We are doing it right here in Wisconsin through Badger Care and tailored policies to help seniors afford the care they earned.

As an organizational leader, I have a proven track record of addressing major community issues. I have guided policies and procedures and partnered with invested agencies and reduced the impact of homelessness, drug addiction, untreated mental illness, the abuse of crisis services, and human trafficking. I was a mentor for children in foster-care and helped veterans navigate a multi-layered benefits system.

I am known and respected for my quick responses to challenges, and for bringing all stakeholders to the table to achieve resolution.

I will work hard to carry legislation that you have inspired across the finish line in Representative Gannon’s memory. I ask for your vote on Tuesday, Dec. 19 to continue our work together, serving the people of the Wisconsin’s 58th Assembly District.

Tiffany Koehler is a resident of Slinger, WI. She served in the United States Army Reserves and the Wisconsin Army National Guard for a combined 14 years as a Combat Medic and a Behavioral Science Specialist. She holds a Bachelor of Arts in Political Science from Cardinal Stritch University and one year at a Master’s level in Divinity from Garrett Evangelical Theological Seminary. She is a member the American Cancer Society Cancer Action Network, the Southeastern Wisconsin Youth Anti-Drug Campaign, the Greater Milwaukee Anti-Human Trafficking Task Force, the Aurora Hospital Institutional Review Board, the Advisory Board Member & Chair of the Salvation Army of Greater Milwaukee Rehabilitation Center, the American Red Cross Disaster Action Team, Outreach & Membership Director for NAMI of Greater Milwaukee, the YMCA of West Bend, the Wisconsin Federation of Republican Women, and the Washington County Republican Party, and was an Auxiliary Officer with the Milwaukee Police Department District 5. She is a member and former Vice Commander of American Legion Post 18. Tiffany currently serves Wisconsin Assembly District 58 as a legislative staff aid focusing on legislative initiatives and constituent services. She was previously the Housing Director at Mercy Housing in Milwaukee formally St. Catherine Residence for Women, Inc.

The 58th Assembly District includes the communities of Slinger, Jackson, Town of Polk, parts of Richfield and West Bend.