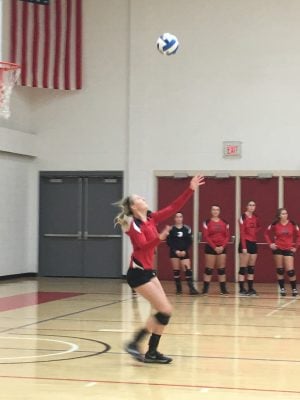 The teams serving consistency was greatly improved from the match last week.  Errors were greatly decreased to 8 with 11 ace serves.

Every game the team is learning and players are gaining confidence.  Silver Lake was a very hard-hitting team which helped the Wildcats to stay in constant motion.

Meghan MacFarlane led the team with 12 kills out of 20 attempts and nine digs.

Catherine Tucker had 19 digs for a team high.

UW-WC’s next match will be Wednesday, Sept. 13 at UW-Fond du Lac with a 6 p.m. start time.  This will be the start of the WCC Eastern Division Conference.