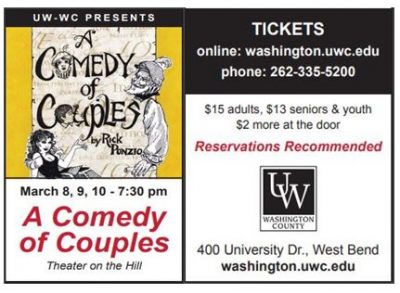 Three couples are celebrating while waiting for the priest to come marry them. By morning, there is still no wedding.

The Dottore’s boat is leaving soon to the New World. Pantalone sets out with Francischino, his servant, to find out what happened.

An earthquake leaves Leandro with amnesia, thinking he is his childhood fantasy character, Capitano di Pimento, and doesn’t recognize Beatrice, his bride to be.

Pantalone is kidnapped by Pantalucci, Pantalone’s evil, twin brother whom everyone thought was dead.

Pantalucci’s out for revenge because the Dottore rejected him for his brother in their youth. Chaos ensues with hypnotism, slapstick, stage fights, repartee, and a showdown on Mt. Vesuvius as it is erupting.