In
Amazing Ride for Alzheimer'sRichfieldTown of Erin

Coming out of the Town of Hartford I climbed Powder Hill which is just south of Highway 60 and noted to be “the highest point in town.” 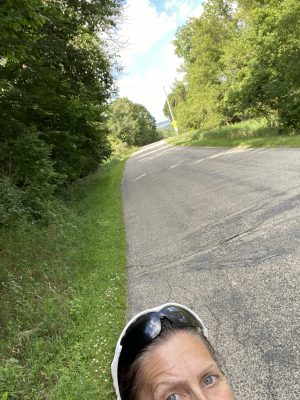 According to the Washington County Landmark Commission the hill was named after the owners “Pulver” which is German for Powder. 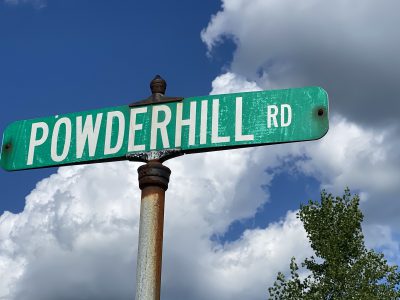 After that hill it was time to tackle Holy Hill in the Town of Erin. The Basilica of Holy Hill National Shrine of Mary is on the National Register of Historic Places, it is the highest hill in eastern Wisconsin at 1,409 feet above sea level.

Just up the road on Hwy 167 and north on Hwy 83 is the former Tally Ho Tavern. 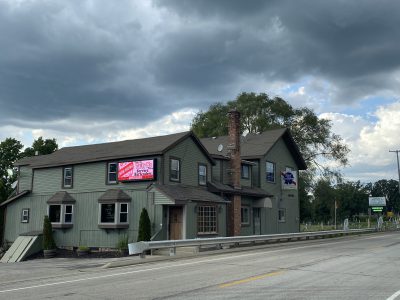 “Built in the late 1870s as a hotel, general store and saloon. Over the years it served as a post office, dance hall, telephone office and tavern.” 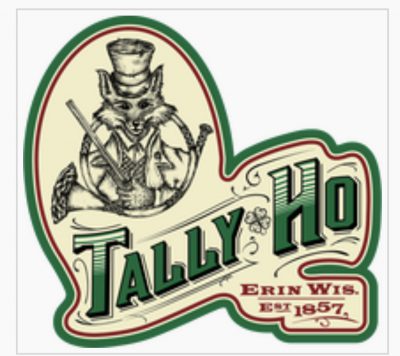 Passed through Slinger a couple of times and was lucky enough to find Brian, the owner of the old Slinger Creamery building. He led a tour that included a couple old creamery signs.

Located just south of the railroad tracks, Brian said there was once a railroad spur that backed right into the building. 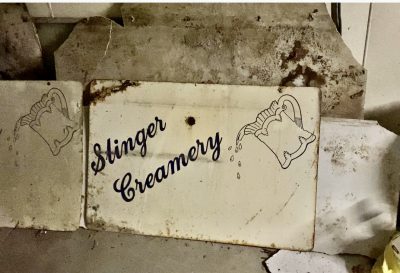 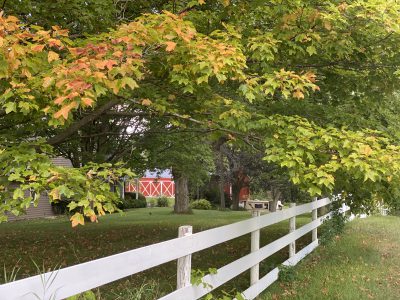 Found some signs of the seasons changing as I pedaled out of Slinger on Cedar Creek Road. 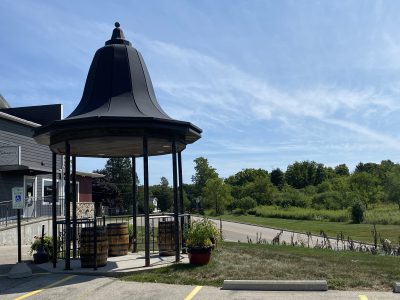 Local historians will be able to tell us where this little gazebo used to sit. Steve Awve moved it in 2015 and ran into a bunch of headaches including a low bridge clearance under Highway 45 (Awve was forced to reverse course. That prompted a police escort out of town.) Then some wires on Eighth Avenue and Chestnut forced him to remove the cupola from atop the bell.

An easy tilt of the 2-foot cap … if only Awve had known about the bees. 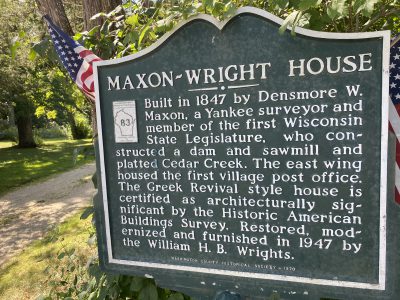 The other cool thing in Cedar Creek is the old post office known as the Maxon-Wright House, 3709 CTH C. 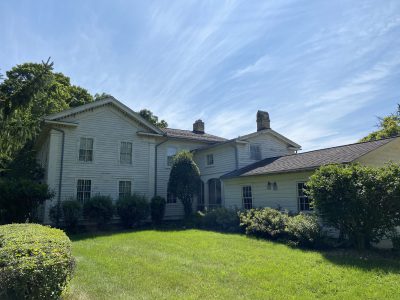 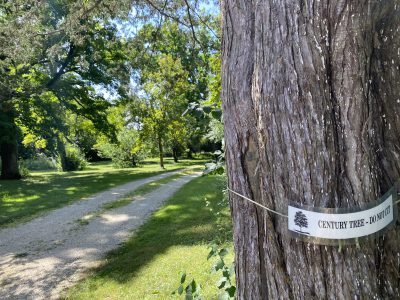 The stately White House is well hidden by mature trees and a long driveway. The tree closest to the road is marked “Do not cut – century tree.”

The primary sponsor for the Amazing Ride for Alzheimer’s is Cedar Community. Your partnership in this event will help to provide unique events and special activities for seniors at Cedar Community – right in your own back yard.

Cedar Community is a 501(c)(3) not-for-profit organization and is therefore supported solely by the gifts and contributions of friends like YOU. All gifts are tax-deductible to the extent of the law.