Born in Hartford on March 25, 1945, Pierce was raised in Rubicon with her seven siblings, attending school St. John Catholic Church. The school closed in the late 60’s. 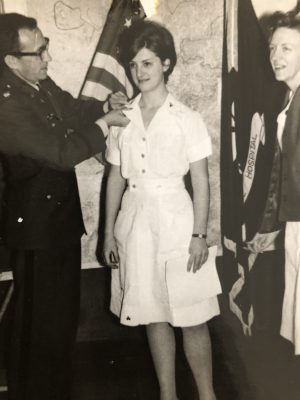 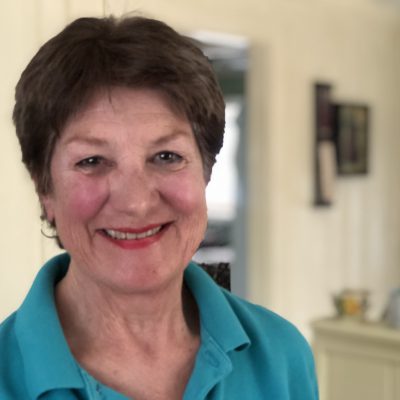 “I didn’t even know a nurse, I chose the profession because I just wanted to help people,” said Pierce.  “I’ve always been a people person and I always felt the need to do something and help people and I figured I could accomplish that with a nursing education.”

Around 1966, military recruiters came to St. Agnes, giving a talk to the nursing students about how they needed nurses for the war in Vietnam.

“When I asked my dad to help me pay my tuition, he said I had to pay him back because it would be unfair to give me money for college and not my other siblings,” said Pierce. “When the recruiters came to St. Agnes, they told us they’d start paying us our senior year, as if we were a private already in the service. Of course, you have to pay them back time, but the little calculator in my mind was just buzzing. I thought if I went in then, I could start paying my dad back, so I raced up there and was the first one to get the paperwork.” 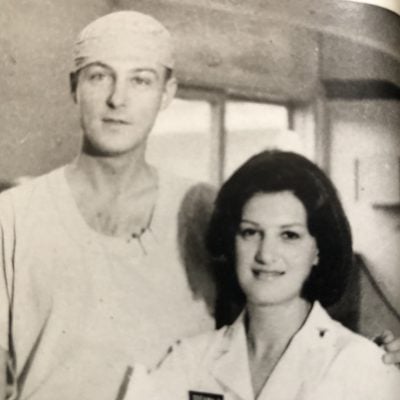 Despite being 20 years old, Pierce had to take a permission slip to her parents over the weekend in order to be allowed to serve as a nurse in the military. 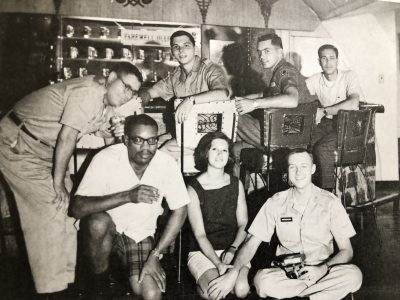 ”Both of them said no,” said Pierce. “They weren’t narrow minded, but for that era, you didn’t really hear about women serving. By Sunday, I told them I was already living outside of the home, told them they did a great job raising me, and said I already am what I am, that I will be what I will be. My mom looked at my dad and they said I was right and signed the permission slip.”

After Pierce graduated and became board certified, she entered active military duty in 1966. She received Basic Training in Texas and then to Fort Leonard Wood, Missouri. 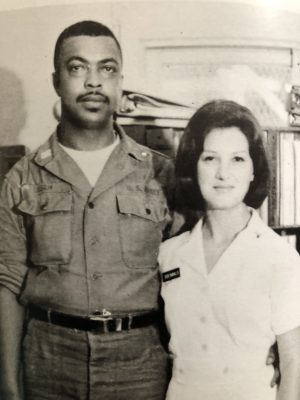 From there, she was assigned to Korea. “They had what they called hardship tours, one in Korea and one in Vietnam. I actually wanted to go to Vietnam at first, but when given the choice, I chose Korea. I was so idealistic, comparing myself to Florence Nightingale, thought I was going to save the world. I grew up so sheltered, in such a small area, I was so naive. I thought everyone was white, German, and Catholic. Going into the military was one of the best moves of my life.”

Last year, Pierce was able to take her family to South Korea to watch the 2018 Winter Olympics and show where she served 50 years ago.

“I was stationed at the 43rd Surgical Hospital in Uijongbu, which is mentioned in the TV show MASH. They even show across the street a Rosie’s Bar and that’s where I had my farewell party when I left,” Pierce said.

While in South Korea, Pierce lived in a Quonset hut. “It was so cold in the winter, just like Wisconsin, so I used to sleep in my military-issued coat because the huts weren’t insulated,” “ she said. “During monsoon season, frogs would jump in the bathrooms and there was a light in the closet that had to stay on all of the time or our shoes and clothes would mold from the rain.”

After Pierce retired as a Lieutenant in 1969, she went back to college in Oshkosh and received a Bachelor’s Degree in Psychology.

After graduating, she worked at the VA in Milwaukee until around 1971, “I had served the VA for about a year when my roommate asked me to join her on Project Hope,” said Pierce. “It was a hospital ship, traveling to foreign countries and give medical care to people in need. I donated a whole year, working in Kingston, Jamaica on the SS Hope.”

“I’ve always been an opportunist. When opportunities came along, I just went. When I worked at the VA, a group of friends invited me to a 3-week ski trip in Europe. I’d never went skiing before, but said yes, ran over to Little Switzerland to learn how to ski, and had a blast.”

Despite being almost 74, Pierce has never let go of her love of sports and you can still find her on hills at Little Switzerland in Slinger with her grandchildren.

”When they called me to let me know it was my turn for the flight, they asked me if I needed a wheelchair or cane. I was skiing at Little Switzerland,” Pierce said.

“My daughter, Tiffany Lucas, is my guardian for the flight. I’ve been to the memorials before, but I’m looking forward to the comradery with the other veterans on the flight. It’s great to be finally recognized for our service in Vietnam. When the war ended, no one really thanked us for our service or even recognized military members for serving. They really didn’t start thanking Vietnam veterans until 10 or 15 years ago.”

After the Honor Flight, you’ll be able to find Pierce at Little Switzerland or ice skating with her grandchildren. Once summer arrives, she plans on taking up water skiing.