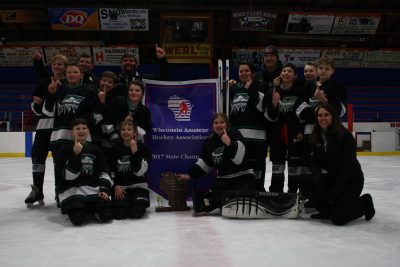 It was a strong season for the Pee Wee B  Ice team, ending the season 29-9-6. Prior to winning the State Championship, they took first place at the Pee Wee B Tournament hosted at the Kettle Moraine Ice Center and also at the Eagle River Pee Wee B tournament. The Ice also took second place at the Chris Kurth Memorial Tournament in Eau Claire, and the George Heimbuch Tundra Tussle in Green Bay.