Home  »  Uncategorized   »   AROUND THE BEND, by JUDY STEFFES 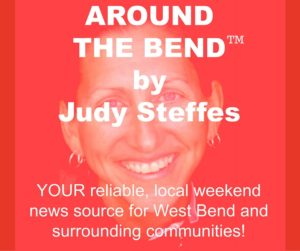 On June 16, 2016, a wire transfer was authorized in the amount of $87,760 to criminal bank accounts.  Upon identifying the error, County finance staff notified the Sheriff’s Department to begin an investigation.  In cooperation with the Sheriff’s Department, County Administration is taking active steps to mitigate the financial loss for Washington County and educate against e-mail phishing scams.

“We wanted to bring this information to the taxpayer’s attention as soon as possible and exhibit complete transparency regarding this breach.  As soon as we are able, we will provide full details of the investigation and of our efforts to ensure those responsible are held accountable,” said Joshua Schoemann, Washington County Administrator.  “It is very unfortunate that we fell victim to this scam.”

At present, the Washington County Sheriff’s Department is conducting an investigation of the crime.  Further details will be available following the investigation.

On the agenda is the consideration of a concept plan and permission to set a public hearing for any public comments or concerns regarding a proposed amendment to the 2020 Comprehensive Plan for the City of West Bend for approximately 15 acres of land located at the SW corner of W. Washington Street and Valley Avenue. The applicant is Steve Kearns, 240 Hunters Crossing South, Slinger.

Other items on the agenda include:

There was some scuttlebutt recently about ‘For Sale’ signs seen on property owned by Mills Fleet Farm on the corner of Highway 33 and County Road Z. That property was acquired by the new owners of Fleet Farm, New York-based investment firm KKR.

In a story posted in May on WashingtonCountyInsider.com, Mike Sidders, marketing director for Fleet Farm in Appleton said there were no plans for the 70-acre parcel.  No plans to build a new Fleet and no plans to sell.

The situation got a little quirky last week when ‘For Sale’ signs were reportedly seen by neighbors on the corner of Highway 33 and CTH Z.

Washington County Insider reporter Ruth Marks went to take a photo the next morning and the signs were mysteriously gone.

Employees from the Town of West Bend and Mills Fleet Farm confirmed the signs had been present.

Corporate officials from Fleet Farm did not return calls but realtor Russ Sagmoen of Collier International said a new employee from his sign company did install his signs but on the wrong property.

The signs were incorrectly installed Wednesday. The sign company received a call later that day from the city of West Bend complaining about the location and Sagmoen started receiving calls about the Fleet Farm property.

The Fleet Farm property had been annexed to the city of West Bend.  It didn’t take long to determine the signs had been installed on the wrong property.

The problem was resolved and the signs were correctly placed early the next morning on the property that is for sale across the street on the southwest corner of Highway 33 and CTH Z, located in the Town of West Bend.

Sagmoen expressed a little surprise at all the drama over an event that was corrected in less than 24 hours.

On Friday, July 1, Myron Strobel sold the business to Brandon Kohn the owner of Kohn’s Corner Mart, 516 Main Street in Kewaskum. The BP station will continue as a BP and will be called Kohn’s Filling Station. Other than the name change of the BP there will be no other changes moving forward according to Kohn’s manager Brooke Boudreau. She said all employees of the BP will be retained, and manager Jan Bartelt will continue as manager of the BP.  Boudreau will oversee operations of both the Kohn’s Corner Mart (Citgo) on Main Street and Kohn’s Filling Station.

Myron Strobel will continue to own Strobel Propane Gas Company.

The concept plan features indoor basketball and volleyball courts, soccer fields, batting cages and possibly a hotel all located north of Hasmer Lake and east of Highway P in Jackson.

Local journalist Judy Steffes is on her annual bicycle tour to raise funding for programs that benefit those with Alzheimer’s at Cedar Community. Below are some notes from the road. Donations may still be made by visiting her blog at imthebikewriter.blogspot.com or contacting Cedar Community.

Careful What You Wish For

Received an interesting comment the other day regarding my bike tour. It read, “Tears already. I love these adventures. I get everything from ‘I wish I was there’ to ‘Thank God I’m not.’

To give you an example – every day is a different adventure.

On Monday I left Santa Rosa at 7 a.m. with the best of intentions to make it 70 miles east to Tucumcari.

Stopped at the restaurant, Sun & Sand, because it looked like a classic on Route 66 and it had a ton of cars out front.

I found a table of good ole boys and they adopted me right away offering hand-drawn table-napkin maps. They shared bits of their personal lives and brought me into the mix with a little good-natured razzing.

I finally hit the road around 8:15 a.m. with my napkin map in full view. I found the Route 66 frontage road. It was just past Luv’s gas station where I made a final stop to check my tires. On my way out I passed a nervous guy in dark sunglasses squatting behind a cardboard sign that read ‘Hungry and Stranded.”

I had also just passed a posted sign that read, ‘Don’t pick up hitchhikers – prison in town.’

So I rolled down the frontage road about 2 miles and I had second thoughts that this wasn’t going to be the best route. I turned around, went back past the sketchy hiker and to the interstate.

Then I hit another posted sign, ‘No bicycles or pedestrians allowed.’

Serious. I had ridden on that same highway all the way from Las Vegas into Santa Rosa the night before.

So I flipped around and pedaled past the sketchy guy and back up the frontage road again.

Made it 14 miles before my first flat. Good grief!  I had already lived this episode. There was no shade so I started changing out the tire when a guy drove up in a white van.

Jesse worked for the state. He confessed he thought it was a dead cow in the road. No, just me.

We struggled together to fix the tire and pretty much just got in each other’s way. Another pickup pulled alongside and Cleve said he could drag me into town to get me fixed up.

It was a tough decision but I blew off a rescue ride the other day and thought this may be best. So back 14 miles and past the sketchy guy again.  Cleve had to go to town for medicine for his horses; two had run through a barbed wire fence and got some severe gashes. He spoke with some urgency, and between comments he’d spit tobacco juice into a tin cup that he held between his legs.

Cleve dropped me at an auto repair shop. He knew the fellas there by name. They dunked my inner tube, found the holes and we got it all fixed.

“Take I-40,” the guys at the shop said. “Those posted signs are merely a suggestion.”

Made one 20-minute stop at the Cuervo Gas station; it was one of the originals on Route 66.

Mary Lou married the owner of the gas station when she was 17 and he was 20. They just celebrated their 53rd anniversary.

She sold me a Gatorade and talked about the changes on Route 66. She proudly bragged about her daughter who became the principal at the elementary school in Santa Rosa and she confessed she was about ready to sell the gas station and move on.

My Morning So Far

Safe inside First Baptist Church. Storms should end by 9 and then I’ll get on the road.

As I wait out this strong morning storm, I’d just like to thank all the wonderful people who have helped me along the way….

Pastor Mike and his family (see photo) from First Baptist Church in Vega, Texas let this weary traveler throw a sleeping bag down at the church overnight. Such a simple thing that meant so much.

Brandon at the bike shop in Tucumcari put a liner in my wheels to help ward off frequent punctures. He also threw in another spare inner tube.

Paula – in charge of the fabulous History Museum in Tucumcari. She helped turn the old schoolhouse into a great collection of local artifacts and she got me connected with Gail at the Chamber of Commerce.

Gail from Waukesha, Wisconsin. She took me to the Economic Development Committee meeting where I was given the opportunity to share my story about the tour and Alzheimer’s. Then she set me up at a wonderful hotel for the night.

The kindness of strangers throughout this trip has been amazing.

I wash my shorts every day; it’s so hot in New Mexico that I strap them to the top of my gear to dry. So far, the number of guys it’s attracted have been…