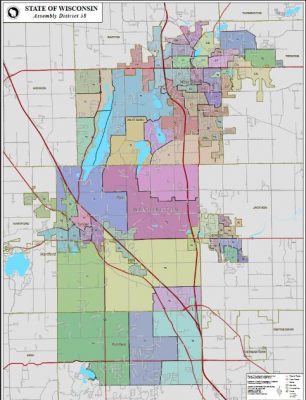 Nov. 1, 2017 – Washington Co., WI – At least two candidates will announce their intentions to run for the open seat in Assembly District 58 as  Gov. Scott Walker will announce today there will be a special election to fill the seat.

Reid Magney, public information officer with the Wisconsin Election Commission, said the governor had a couple options available to filling the seat. “There is a window where an election could be called for this calendar year and there is also the option to have the election run concurrently with the election in the spring,” Magney said.

Magney did not have an exact dollar amount on what a special election would cost, however he said to keep in mind the expense of “programming the voting equipment, printing ballots, and hiring poll workers.”

When Gannon first ran for the position in 2014 he defeated Tiffany Koehler and Sandy Voss in the Republican primary. He was uncontested in the last General Election.

Candidates need to collect 200 signatures to be eligible to run for the post.

Previous articleFormer Hartford mayor Jim Core on Saturday’s Stars & Stripes Honor Flight | By Samantha Sali
Next articleSeems forever since we’ve had an update on Pizza Ranch in West Bend….. well now, THIS IS IT!