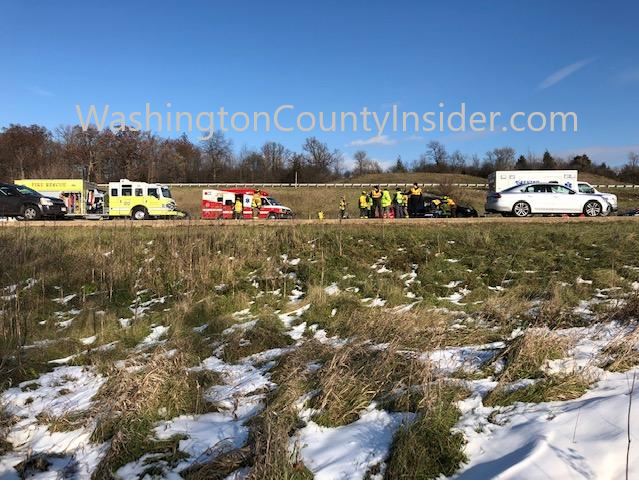 According to reports a minivan flipped several times. The accident happened around 1:45 p.m. in the southbound lane of I41 just behind the area of Addison Station.

Currently (2:25 p.m.) Flight for Life is on the ground with ambulances nearby.

Appears three people were in a minivan.

Mud is on top of the minivan indicating it appears to have rolled over. The minivan is upright on the median shoulder of the southbound lane of I41.

The interstate is backed up in both directions. 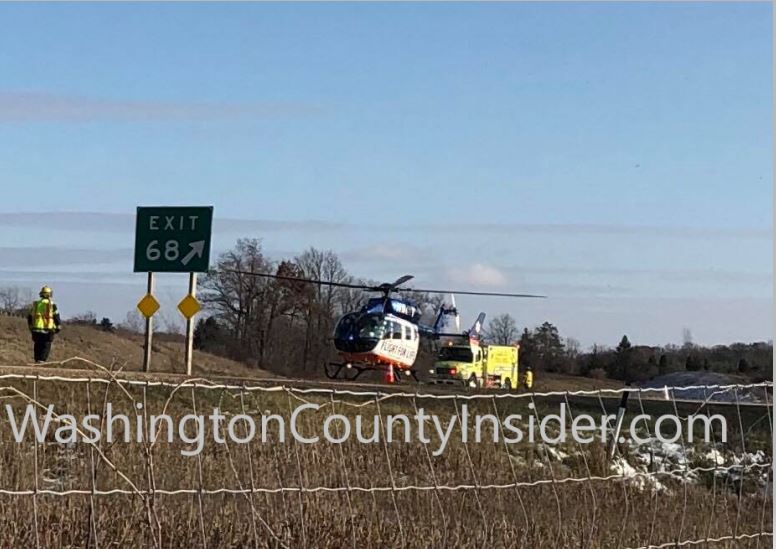 Emergency vehicles are on scene.

Please keep the family involved in this accident in your prayers.

On a side note: The section of I41 near County Highway K has been the scene of multiple bad accidents.

In October 2016 there was a semi rollover accident on northbound I41 and Indian Drive just past Highway K. 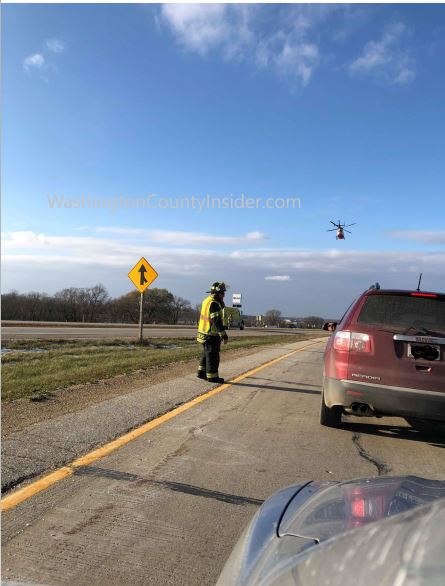