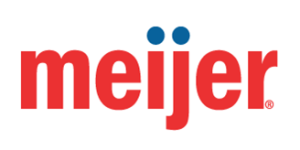 Let’s have a conversation….West Bend is currently home to a variety of groceries including a pair of Pick ‘n Saves, Aldi, Klotz’s Piggly Wiggly, Walmart, La Mexicana Grocery, Ries’ Sausage Plus Spirits and Sendik’s.

Meijer is a multi-billion dollar Supercenter headquartered in Grand Rapids, Michigan and located in five states throughout the Midwest, with over 200 stores and more than 60,000 employees.   Meijer opened stores in 2015 in Oak Creek, Wauwatosa, Kenosha and Grafton, which is less than 40 miles from West Bend.

“Grafton is a separate trade area to West Bend,” Waukesha-based grocery analyst David Livingston with DJL Research said. “So there would be minimal overlap.”

Livingston said if there is enough population to support eight stores there is room for Meijer.

“After they open, there will be eight or nine stores because one or two will probably close,” he said. “Meijer is not looking to compete with Pick ‘n Save they are looking to replace them.”

Roundy’s/Kroger, according to Livingston, will most likely be collateral damage.Livingston said Meijer, like most well-capitalized grocers, looks for markets where financially strapped competitors are performing above their normal average.“West Bend has historically been a good market for Pick ‘n Save so Meijer sees that as low hanging fruit,” said Livingston. “All grocers but Aldi will be affected because Aldi is in another world with its low prices.”

Northfield Block and its parent company Oldcastle Architectural Products Group sold its 30-acre parcel of land in the 2000 block of S. Main Street; the site was formerly home to Bend Industries.

The parcel on the south end of town, according to Livingston, is prime property with good shopping nearby, high traffic, and near a major traffic artery. It also has physical attributes like good visibility, ingress/egress (easy left turns) and parking.

District 2 alderman Steve Hutchins said the success of two new stores really depends.  “Overall this is a good sign for the community and we’ve made the city a whole lot more business friendly and that’s why things are happening like this.”

One of the incoming groceries has been confirmed and the other will open in Hutchins district. “That will add to the tax base, the increment and it will help with jobs,” he said.

The name of the independent grocery is not being released at this time.

What are your thoughts? Can West Bend support two more groceries??