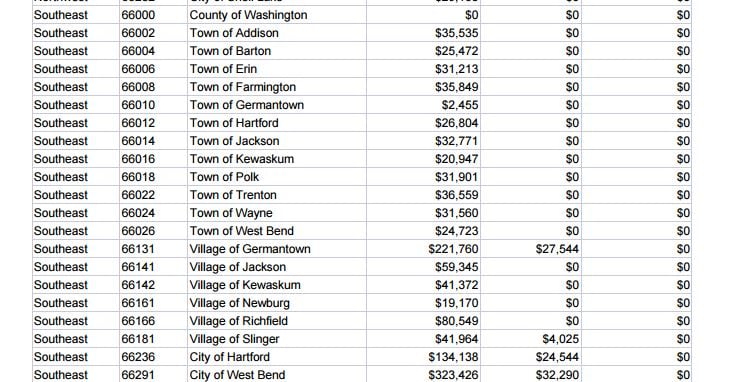 A list of payments to communities across Washington County is posted above.

Payments to Wisconsin’s 1,925 local units of government include: $80,315,119 in General Transportation Aids; $3,015,874 to municipalities entitled to receive Connecting Highway Aids; and $255,975 to Milwaukee County for Expressway Policing Aids.

For calendar year 2017, local governments will share an estimated $433 million from the state transportation fund to build and maintain local roads and bridges, which includes Expressway Policing Aids to the Milwaukee County Sheriff Department for patrol of Milwaukee expressways.