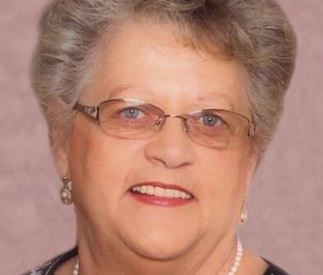 Kay enjoyed gambling, needle work, camping with her family, NASCAR, and country music.  She and Ken were able to spend 28 wonderful years retired together. Kay was a member of Good Shephard Ev. Lutheran Church in West Bend and Kicking Country Dancers.

In addition to her parents Kay was preceded in death by a daughter, Moeller; a brother, Jerry Kiesner; a sister-in-law, Gerri Kiesner and her parents-in-law, Earl and Mary Kedroske.

The Traub family will greet relatives and friends at the funeral home on Monday from 3:00 p.m. until the time of service.