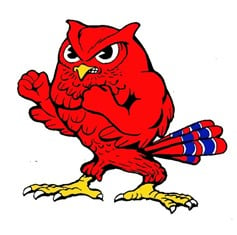 The Slinger girls basketball team had a very successful season with 18 wins and 4 losses and finishing in 2nd place in the Little Ten Conference.  The Owls recorded only three losses to conference opponents including dropping a pair to Beaver Dam and one game to Watertown.

The team and coaches handed out awards for outstanding performance during the 22-game season.