November 18, 2019 – West Bend, WI – The West Bend School District Committee of the Whole met Monday night, Nov. 18 and one of the topics of discussion was High School Library configuration.

Topic and Background: On June 10, 2019 the Board of Education was presented and a discussion held about the high school libraries and the need for updates to the facilities. It was discussed that the district would be studying the potential of going to one library at the high school as part of the renovation process.

Rationale: Since the June board meeting, a group consisting of the Library Media Coordinator, High School Principals, Director of Facilities, Director of Technology and the Superintendent have visited three other school libraries that have been built or remodeled in the past few years, looked at 21st century library design ideas, discussed the idea of going to one library and worked with an architect to have a conceptual plan developed to see if space would allow for one library to meet the needs of students/staff at both East and West High Schools.

“Regarding the West High School library renovation project, the budget for this work is $1.2 million, broken into $200,000 in this year’s budget and the balance in the July 1, 2020 – June 30, 2021 fiscal budget.  This amount covers all construction, HVAC, plumbing, and electrical components, as well as an allowance for furniture, fixtures, and equipment (FF&E).  The specifics on the FF&E elements have not been finalized yet, but certain existing FF&E components may be used in the renovated space if it makes sense, while recognizing that many of these components may have 20+ years of use on them, surpassing their useful life.  In addition, with the focus on creating a collaborative work space for the students, some of the existing furnishings could likely be replaced with components that better foster a collaborative setting.” 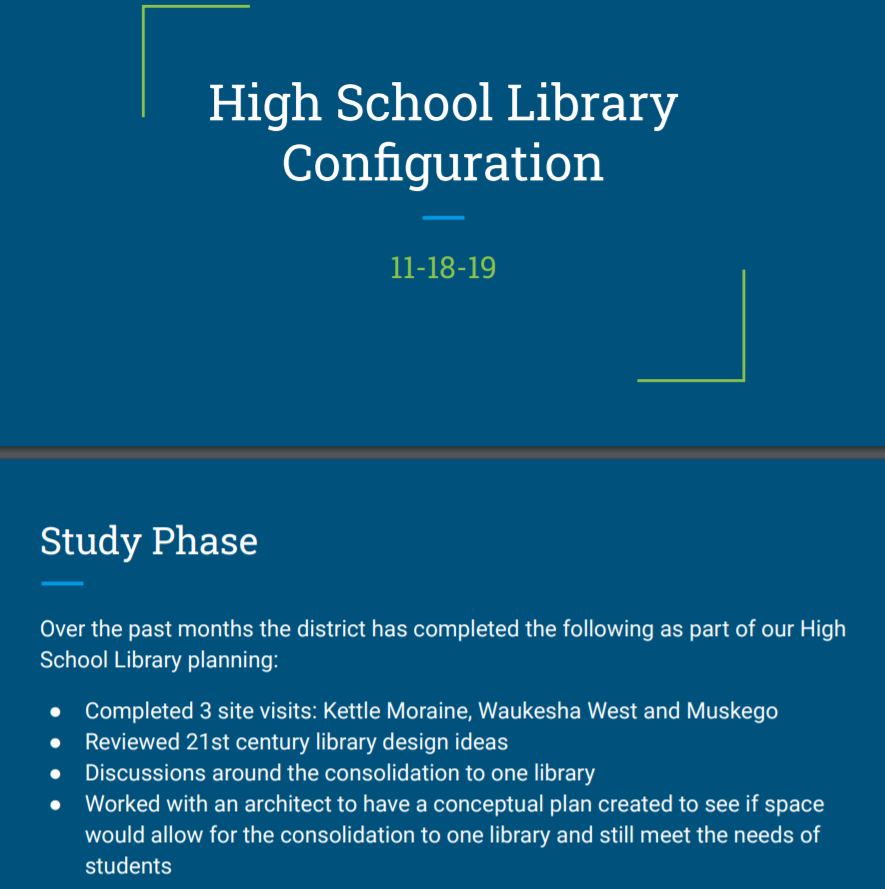 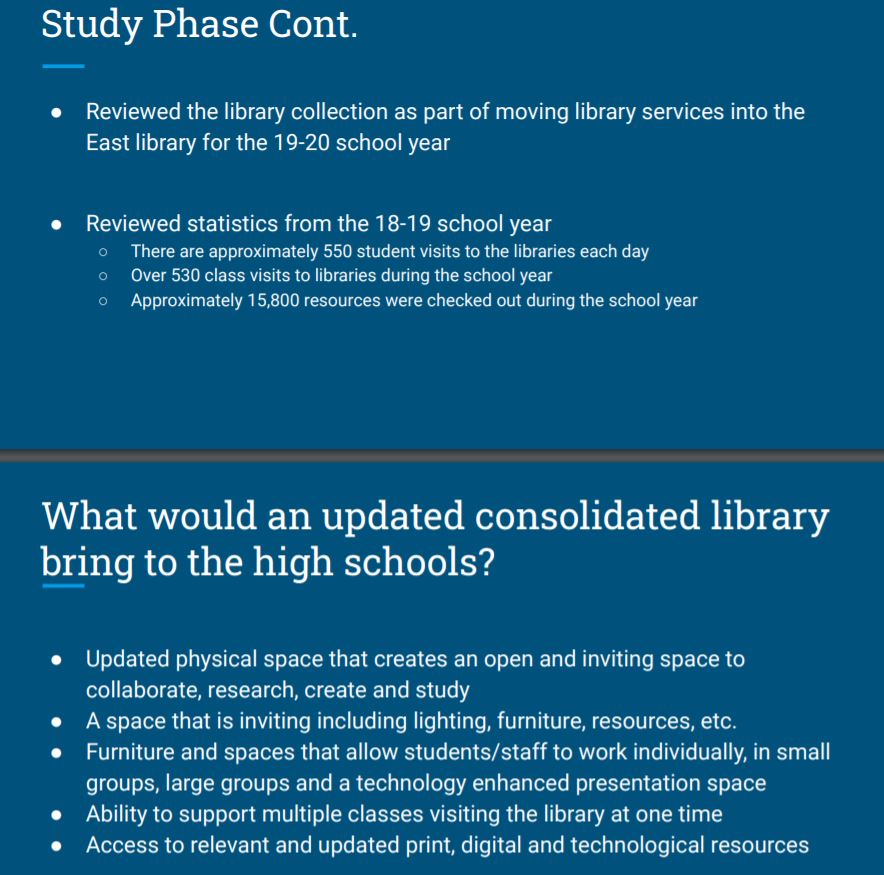 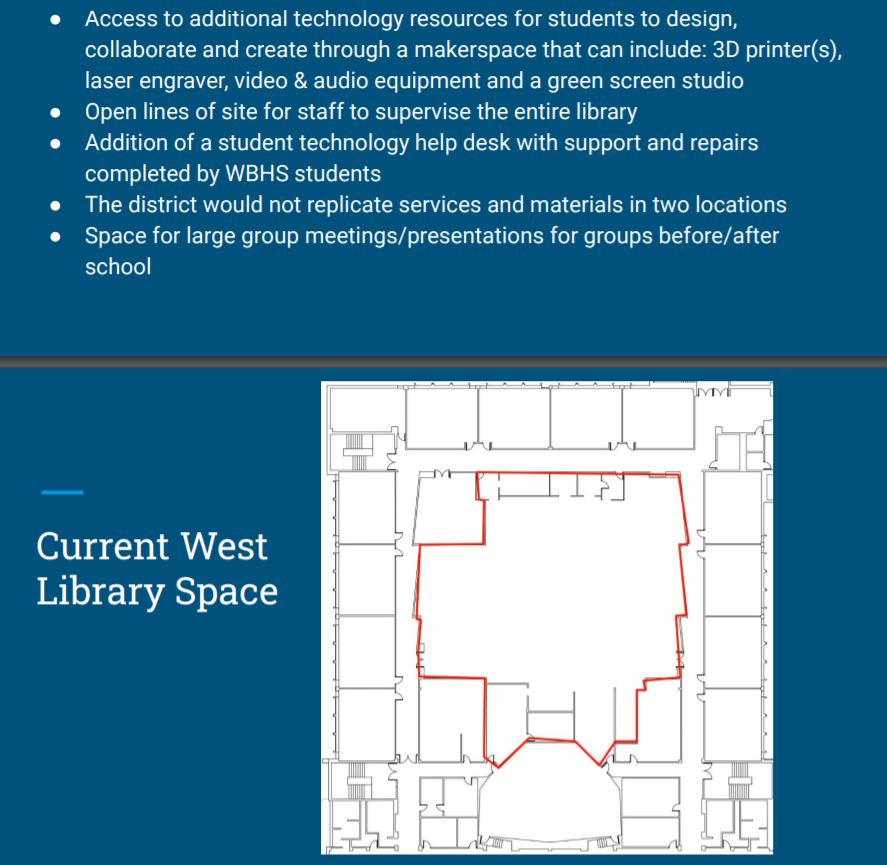 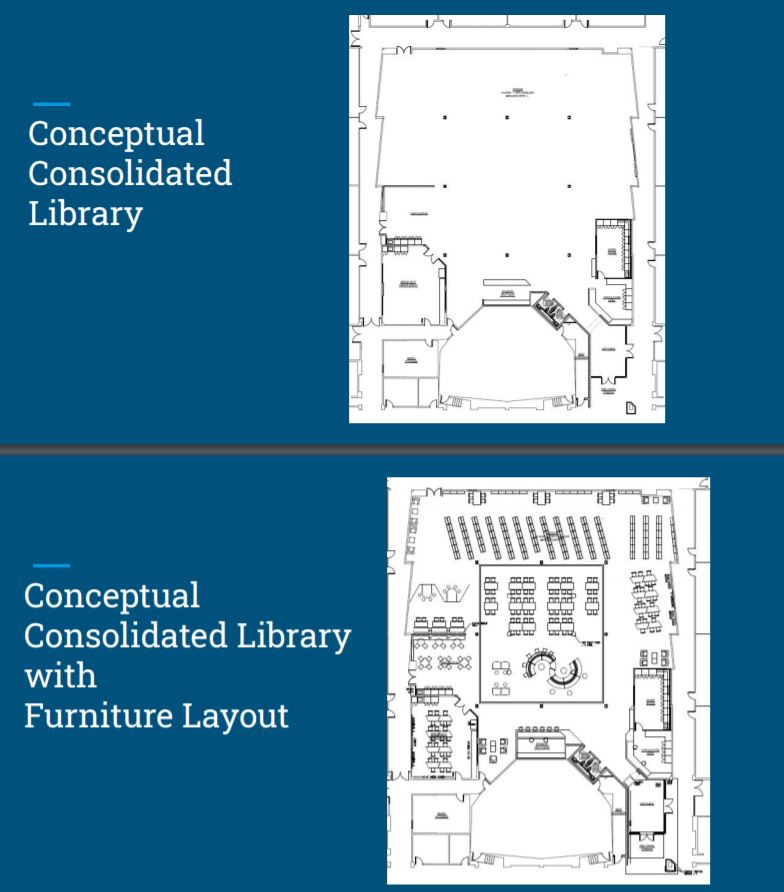 As of 10 p.m. the livestream of the meeting had not been posted.

This past summer when the West Bend School District Private Task Force unveiled its findings and it pegged the cost of consolidating and modernizing the high school library and study hall at $1,750,000. 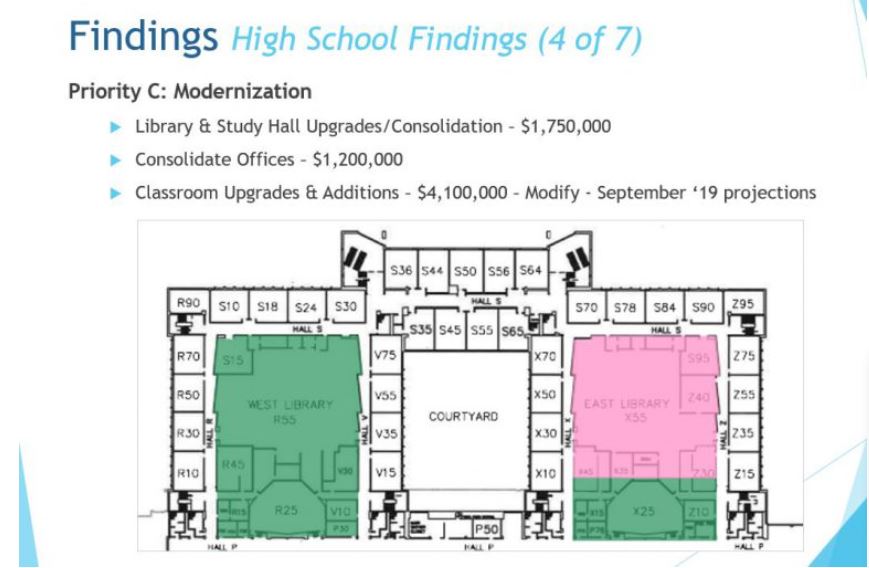 During the Oct. 14, 2019 report Task Force organizer Kraig Sadownikow said, “We challenged ourselves to ask tough questions. It’s critical to take a long term, sustainable approach. Over the mid and long term these are best choices. It can’t be business as usual. Funding and enrollment is declining.”

Other findings from the Task Force included:

“As a district there are multiple campuses at wide geographical locations. That means maintaining and monitoring is difficult. This makes operating the district more expensive.”

“Money is the solution to the problem – more money may not be.”

“Finally – the capital maintenance budget is inadequate. It’s underfunded. Can’t consider a new investment in new facilities without considering how to maintain what we currently have. Building new while avoiding maintenance is a losing situation.”

Click HERE to see the entire Task Force report including details on downsizing the number of buildings in the district, creating efficiencies, and outsourcing.

The District also discussed declining enrollment and projects over the next 10 years.

During an Oct. 29 meeting Superintendent Don Kirkegaard said, “unless there is a change in enrollment trends, the district can expect declining enrollment for the next 8-10 years.” 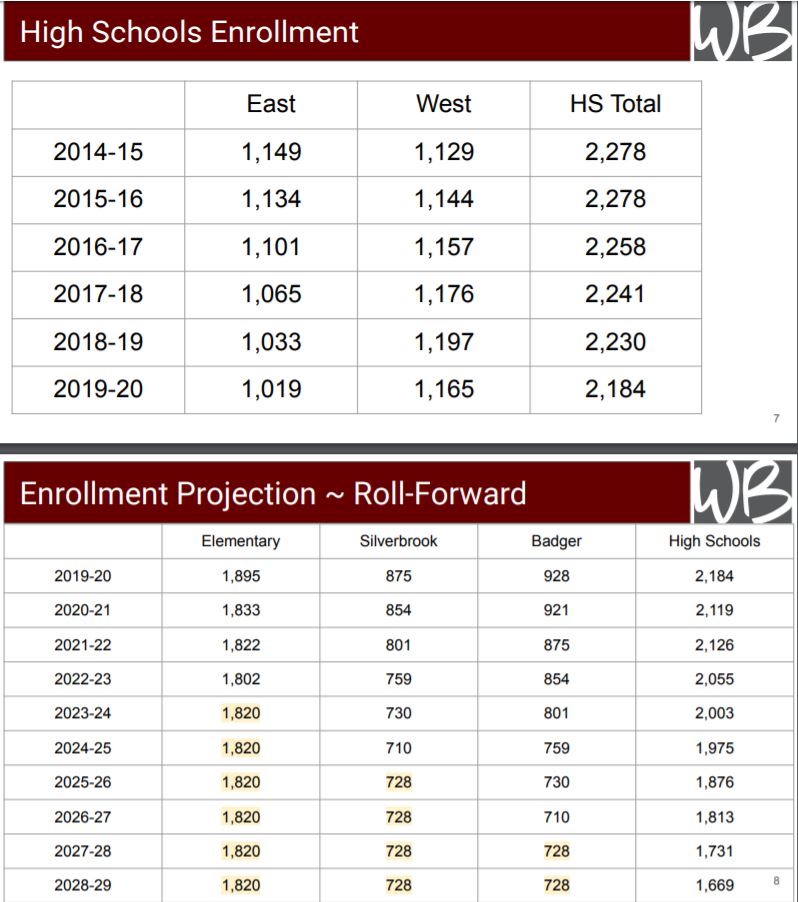 This is a working story and more details will be posted as information becomes available.