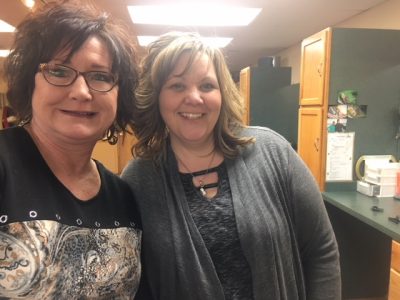 Jan. 18, 2018 – West Bend, WI – Melissa Nurkala, owner of Studio 33, took the news in stride as she received word from the owner of the strip mall on Highway 33 that she’d have to give up her spot because the tenant next door, Connect Cell, would be expanding.

“In the beginning I was heartbroken,” she said. “I cried two days straight. Mostly because of the unknown and thinking where do I go in the middle of winter and right before Christmas. There was no money set aside and I just had been through a big remodel and the hardest thing was wondering if I’d lose my clients or if they’d come with me.”

Nurkala, 46,  said she had a hunch a change was in the works. “Keith Hankerson, the owner of the building, approached me about three years ago and asked me how things were going,” she said. “I told him I was doing well and planned on staying.”

Hankerson then informed her US Cellular wanted her spot. “I told them no and he said he was behind me,” she said.

Two months ago there was a similar conversation and Connect Cell /US Cellular was starting to explore its options.

On Black Friday, Nov. 24 she got the news and agreed, Hankerson would be foolish to not embrace an expansion of the phone store. “I understand this was a business decision,” she said. 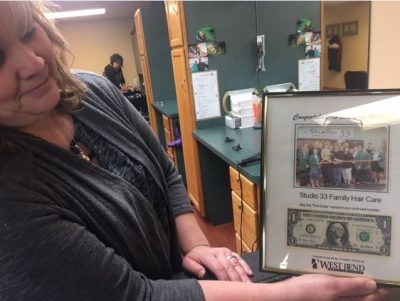 It was May 2003, about 15 years ago, when Studio 33 first opened next to Hankerson’s Bakery. Nurkala brings out a framed photo of the ribbon cutting and the first dollar she earned.

The business was an open-concept chair-rental salon.

“When I first got here Ponderosa was across the street and I replaced an internet store in this spot,” said Nurkala, wracking her brain for the name of the business.

When Studio 33 first opened perms were big. “The young generation doesn’t do perms anymore. You see a lot more bold and bright color,” she said. “They’re replacing volume with color and bangs are coming back.”

Nurkala started in the business as a manager at Great Clips, the chain salon, when it was located by the former Pier One across from the Walmart on Paradise Drive. “Then I spent six years at Cost Cutters and a lot of the original girls that started here worked with me at Cost Cutters,” she said.

In an odd twist, as Connect Cell plans to expand into Nurkala’s salon space in the coming months she recalled how when she first opened each station had its own landline phone and answering machine. “Fifteen years ago you’d hear ring, ring, ring and the message was left and now everyone is using their own cell phone,” she said. 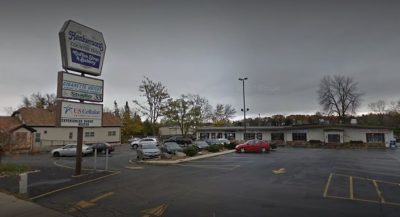 Nurkala has already found a new home for her salon at 105 N. Main Street Suite 102 in downtown West Bend. She’ll be in the walkway of the building connected to Portrait’s Today. She will also be changing the name of the business to Hair By Melissa.

Two of the other beauticians in the shop, Debbie Hall and Sarah Van Beek, will be moving into Revive Salon Studios, 1747 Barton Avenue. 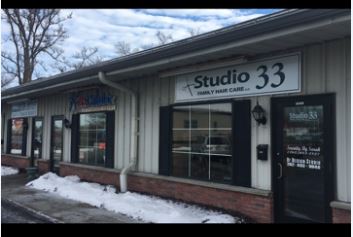 Connect Cell is planning to expand in the next few months.  Store manager Andrew Smith said over the years the business has created a solid customer base and they would like to add a couple more employees and work stations.

The wall separating the location will be opened up. Contractors are slated to come in by February. The store will stay open during construction.