April 3, 2019 – West Bend, WI – This is turning out to be the mother of all sign requests as Mills Fleet Farm goes before the West Bend Plan Commission to ask for a sign exception for its new store, 3815 W. Washington Street.

As outlined below “Fleet Farm is requesting a sign exception for an oversized electronic message center and a reduced sign separation distance to allow the sign to be closer than 150 feet from a major intersection.”

Aside from the sign, Fleet is also releasing designs that show more detail on entrances and exits to the new store on Highway 33.  See design below which includes things like a new seasonal garden center and a set of traffic signals by the intersection across from Charcoal Grill. 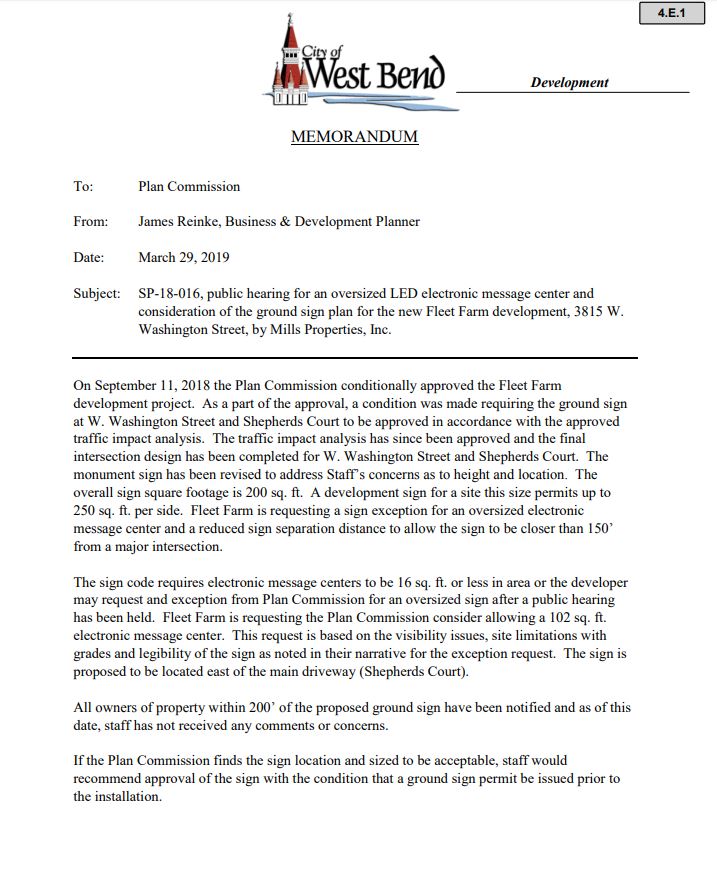 The design scheduled to be released at Wednesday’s meeting shows a pair of entrances onto Highway 33.  In a story posted March 22, details on a new traffic signal were released. That signal would be for the eastern most driveway as traffic would exit at the intersection with Shepherds Drive.

Some of the other details in the drawing show an outdoor yard, a seasonal garden center on the east side of the parking lot and a convenience store and gas station to the east of Fleet Farm. 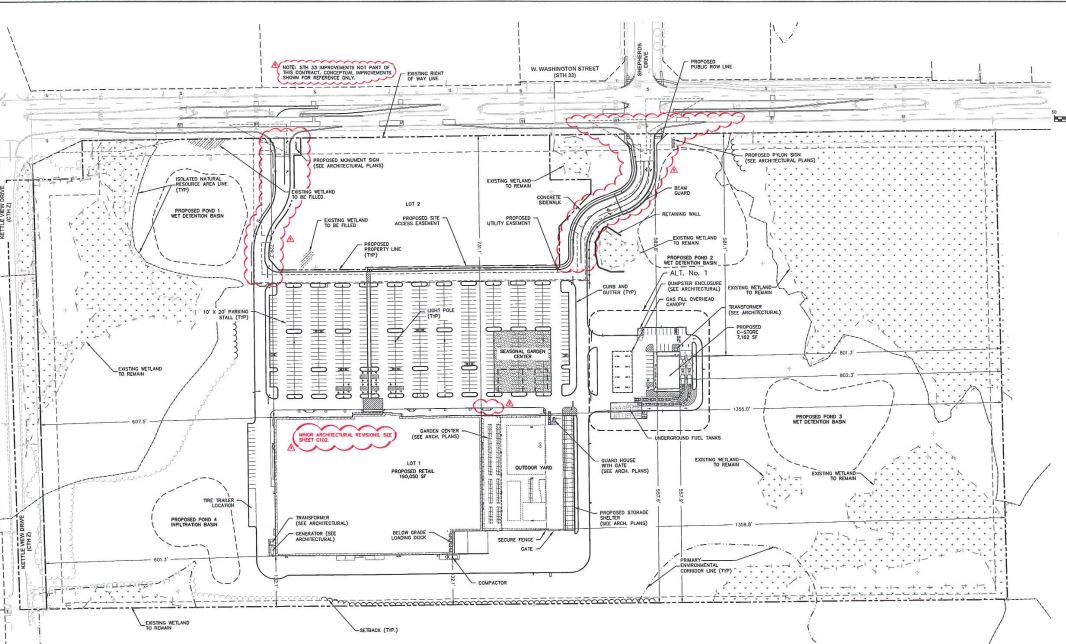 The Wednesday night Plan Commission meeting begins at 6 p.m. in the council chambers at City Hall. The meeting is open to the public.

Click HERE to see the progress being made on the new Fleet Farm in West Bend.