Kirkegaard started in West Bend in July 2018 after a search firm, McPherson & Jacobson, LLC, was hired by the school board to find quality candidates. The district also held stakeholder meetings. 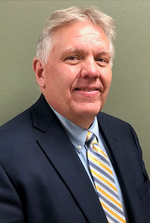 Kirkegaard is 62 years old and spent 60 years in South Dakota.

According to a January 14, 2020 story in the Rapid City Journal, titled “Meade School District and superintendent agree to part ways”

STURGIS | The Meade School District will be hiring a new superintendent after the Board of Education and Jeff Simmons agreed to a “mutual release” from his contract, it was announced Monday evening at the board’s meeting in Sturgis.

Simmons will finish his contract, which runs through the end of June. He has been superintendent there since July 1, 2018.

Simmons returned to Sturgis in 2018, succeeding interim superintendent John Pederson, who was appointed in December of 2017 after Donald Kirkegaard was named South Dakota Secretary of Education by then-Gov. Dennis Daugaard.

While Kirkegaard said he is “not ready to be done done yet …. the departure truly is a personal decision.”

Questioned if he has been in contact with the Meade School District, Kirkegaard said he has.

“I just let them know I would be interested in being an interim superintendent if that’s the direction they choose to go,” he said. “I told the board I would not apply for that position,” said Kirkegaard. “If they choose to go for an interim position then I’d certainly like to be considered for that but that’s a decision the board has to make.”

Still no word on whether a counteroffer was made. Calls have been placed to school board members including Paul Fischer who said he did not think a counteroffer had been made. Fischer was also unaware Kirkegaard had been in contact with his previous employer in the Meade School District.

Kirkegaard said he informed “individual West Bend School Board members the week before with the idea I was going to resign and submit a resignation tonight, Monday, February 3.”

A couple other bullet points:

The West Bend School Board will be discussing how to fill the opening at its Monday night meeting. “We’re going to look at what’s available from within, what’s the process and go from there. We will do this in closed session and talk about people and the board will have to make a decision on what is next,” said Kirkegaard.

The West Bend School District will now have had five superintendents over the last four years. Kirkegaard was hired after former Superintendent Erik Olson submitted his resignation December 14, 2017. Olsen was hired June 2016. The School Board approved a two-year contract with Olson at a salary of $155,000. In 2017 that contract was extended another two years. The payout to Olson was about $300,000.