April 5, 2021 – West Bend, Wi – The West Bend Common Council recently voted 5  – 2 in favor of borrowing an extra (approximately) $1.5 million after a “mistake” was made on bidding out the Seventh Avenue reconstruction project.

Below is a copy of the letter set to aldermen on Friday, March 12. 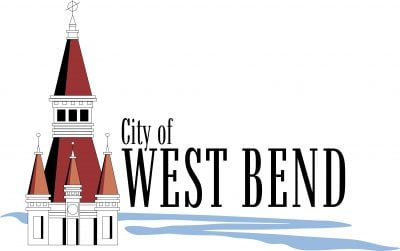 Some of you have asked about the agenda items included for Monday’s meeting around the planned borrowing. These resolutions are required as part of this year’s borrowing process. The borrowing is for the 2021 portion of our 5-year plan. The adopted capital plan is attached and included with our budget on our website. Phil Cosson provided a document that today was added to the agenda with similar level of detailed projects included in the $5.5 million borrowing.

Good news that the 7th Ave project bids came in lower than estimated. Also, we mistakenly included water and sewer utility costs in our original $2.3 million estimate. The end result of borrowing the $5.5 million in 2021 will greatly reduce our anticipated 2022 borrowing (approx. $1.5 million). We will be able to utilize the funds borrowed in 2021 for our 18th Avenue project constructed in 2022.

Phil, Max, Carrie and I will all be present on Monday to further explain this good news and logic for maintaining the borrowing at $5.5 million this year.

During the Monday, March 15 meeting Dist. 4 alderman Randy Koehler asked if the council borrows about $1.5 million over the project cost in 2021, is there a way to make sure the council borrows less next year? He also asked, “We’re just going to sit on that $1.4 million for a year and do nothing with it? That doesn’t make any sense to me. And if we don’t need it why are we borrowing it,” asked Koehler.

The representative from Ehlers Public Finance Advisors said “the City could earn interest on the $1.4 million. You also have the ability to lock in at the day of sale at a fixed rate for the life of the debt at a low interest rate environment for not only this year’s projects but a portion of next year’s projects.”

Koehler responded. “You said we have the ability to earn interest but we’re also going to be paying interest on money for a year that we’re just going to leave sit there. I would like us to scale this back by $1.4 million and just borrow the $4.1 million that we need to do the projects this year. That way we’re not tying the hands of the council next year and we’re also not saying we have an extra $1.5 million and then next year we borrow the same… we can’t determine how that will go next year. I want to scale this back and borrow just what we need.”

A clarification was made that the money borrowed would have to be spent on roads.

City engineer Max Marechal was asked if the money could be used in 2021 on other road projects. Marechal indicated contractors are already booked through the end of the year.

During a separate interview Phil Cosson from Ehlers indicated the interest for a year on the extra $1.5 million would cost the City $20,000. The interest received on the borrowing would be “nominal,” according to Cosson. Questioned what the dollar figure on “nominal” is he said “less than $1,000.”

Cosson said interest rates would have to move “about 100 basis points or 1 percent in order to make up for that $20,000 interest payment.”

Questioned whether a 1 percent jump is normal, Cosson said, “I can’t estimate that… we’re not hearing the Federal Reserve is going to change policy over the next six months or so but it is certainly possible they could move up.”

During tonight’s meeting, Monday, April 5, 2021 the council is voting on a proposal to create a new Tax Increment District #15 in the area north of Highway 33 and Main Street. Click HERE for details starting with Page 72.

This would be a $10 million borrowing with total borrowing of about $15 million with interest.

The vote is being held the day before the April 6, 2021 election which means no one will be representing taxpayers in Dist. 6 since that seat is open following the death of alderman Steve Hoogester.

The former chair of the council finance committee, Adam Williquette, reviewed available data on the proposed TID #15 and sent a note last week to alderman warning them of the dicey situation this proposal could mean for taxpayers.

I am writing to voice some concern with the new proposed TID# 15 in West Bend. I not only bring the municipal background of TID creation and municipal finance, but an even greater understanding of TIDs due to my profession as a commercial real estate broker for the last 17 years. Having been on common council and having a good knowledge of the city’s finances, I write this as a West Bend resident with no ill intention to any of the parties involved in this development.

In looking at the TID plan, I find it confusing that West Bend would include borrowings for the following:

I can understand how the following could be seen as “beneficial to the TID” and applicable for TID borrowing given the boundary:

Unlike other similar recent TIDs in West Bend, this has a whopping projected borrowing of $9,725,000 (without interest).

The first 24 years of this TIF are razor thin, and if things such as construction schedule are off by anything, the TIF will lose money over that time period and not actually benefit the taxpayers until 2047, and even then, everything would have to go 100% as projected.

This reminds me of the downtown River Shores TID # 10 which would have been costly to the taxpayers had the developer chosen not to pay their shortfall, which we should be thankful they had deep enough pockets and a great moral compass to do so. Thankfully, they also further developed Cast Iron Luxury Living to generate further increment in the failing downtown TID. If they didn’t have deep pockets, again, this would not have happened.

Next is downtown TID# 9, which has been one, if not the biggest, drain on city finances for the past few decades. This was the Veterans Avenue relocation which sat vacant, and then was sold largely to non-profit groups and did not pay anywhere near its TID “projection” or potential had the city held out for higher taxed entities.

The last one is downtown TID# 12. This was the relocation of a company downtown and trade for their former headquarters. In exchange for a lot of their taxes in return, they stayed in West Bend. Good, yes, but the taxpayers paid for it. The city even paid a consultant $100,000 to tell them this was a good idea, on the taxpayer’s dime. TID# 9 & 12 accounted for a huge amount of the city’s debt payments for many years and there is still work to pay those debts down. At least there has been some headway the last few years to put as much increment in those TIDs as possible. We do not need to attempt another downtown TID that we can’t look at and call a no-brainer and gamble with the taxpayer’s money again. We have had many successful TIDs in West Bend that passed that test and need to continue that as a test for approval of new ones.

This brings me back to some of the expenses of TID# 15. The MRO (Municipal Revenue Obligation) on the Table 4- Cash Flow shows the MRO as all principal. I assume it includes interest because the borrowing says it will be $4,545,000 MRO to Developer and the Cash Flow spreadsheet says it has a total cost of $8,574,201. If we calculate interest on that number, it is around 4.5% over the life of the TID. If those costs are going to pay for public infrastructure, which TID costs generally are required to do, why would we not issue GO Bonds at a 2% interest rate? I suppose that would look like a tax increase, but nonetheless save the taxpayers money.

The EDWC was asked to do an independent look at this TID. They were denied access to all information other than the public information by the city. (Which is the same information I was able to make these conclusions from.) If this project is such a great idea, why would the city not allow an independent economic development group that is one of the city’s trusted advisors on many other financial decisions, come to the “same great conclusion” that the plan is good and should be passed?

On top of the numbers not looking great, or even good, there seem to be a lot of unanswered questions. Why not do a pay-go TID where there is little to no risk for the taxpayers? Why try a Blight Rehabilitation TID again with worse projections than those of the past that failed?

I urge you all to ask more questions, not support this in its current form, or table this until further information is gathered.

This is a great project, but not the way that it is gambling with the taxpayer’s hard-earned money.

If any of you have any questions on my thoughts, please feel free to reach out to me.

Thank you for your time.

Monday’s West Bend Common Council starts 6:30 p.m. in the council chambers at City Hall. The meeting is open to the public.